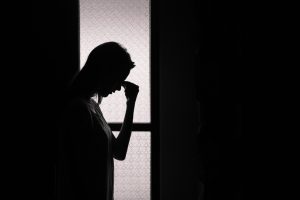 The therapeutic relationship can be a very powerful relationship. In fact, power in this relationship is vital, and something ethical therapists should think carefully about. Ideally, the therapist uses the position of authority inherent to the role to empower people in therapy and encourage them toward wellness and autonomy. Unfortunately, this does not always happen. In some cases, therapists have been known to abuse the imbalance of power in the therapeutic relationship. This can of course be harmful to the people they are entrusted to help, who may not know exactly what is happening or what to do about it.

As a person in therapy, trusting your own experience and communicating about it are both essential to the outcome of therapy. If you have fears or doubts about something that happened or how you are being treated, in most cases you should speak with your therapist about these concerns. In turn, any such concerns should be taken seriously and addressed immediately by the therapist.

Some ways therapists may go astray in the therapeutic relationship include behaviors related to boundaries, to fostering dependence, to their duty of care to you, and to acting in hostile ways. A number of specific things would be red flags. While I will discuss some of them, please know this list is by no means exhaustive, nor can it possibly be. It is important to trust your instincts about how you are being treated.

Examples of boundaries being crossed include:

Therapists are ethically obligated to support people in therapy in living full, independent lives to the extent this is possible for them. In some (hopefully few!) cases, therapists have intentionally fostered dependence. As a therapist, my goal is always, as I say, to “work myself out of a job,” because this means the person in therapy has achieved the goals established at the outset and moved into a better space.

Some clues that your therapist may be fostering dependence in the relationship include:

For what it’s worth, some of the signs above are hallmarks of emotional abuse. You don’t deserve such abuse from anyone, let alone your therapist.

Deviations from Duty of Care

Therapists have a specific duty of care to you. This includes a legal and ethical duty to work actively toward your welfare and to be responsive to your needs.

Therapists have a specific duty of care to you. This includes a legal and ethical duty to work actively toward your welfare and to be responsive to your needs.

Some specific deviations from a therapist’s duty of care to you might include:

Therapists may sometimes need to confront problematic behaviors or hold reasonable expectations regarding behavior of the person in therapy. However, this boundary should never take the shape of openly hostile or abusive behaviors.

Some indications your therapist is engaging in hostile behavior include:

The scenarios above provide a broad overview of some behaviors that may be indicators of a problematic or abusive therapeutic relationship. In some of these cases, it is conceivable that there might be reasonable clinical justification for certain behaviors. However, if you feel uncomfortable about your therapeutic relationship, you should address that discomfort—it is real, valid, and deserves attention.

If You Have Concerns Regarding Therapy or Your Therapist

If you have concerns about the safety or appropriateness of your therapy relationship, in most cases the best first step is to bring these to the attention of your therapist. In many cases, there may have been a miscommunication of some sort and your therapist will be grateful to you for bringing this to their attention so it can be addressed. (Good therapists want to help you feel better!)

If this does not seem possible or reasonable in your circumstances, you are always free to seek a second opinion from another therapist. Although it’s rarely advisable to have multiple concurrent therapists, one session to consult with a different therapist about how your therapy is going and explore the possibility of changing to a therapist who may be a better fit for you is always a reasonable step.

If you have serious concerns about how you have been treated in therapy, you can contact the licensing board for the type of professional you are working with in your state and ask what your options are. A simple web search should help you find this body. For example, searching for “counselor board state of Indiana” should help you navigate to the relevant authority that can help you with your specific questions or concerns.