Attitude: What Is it and Who Can Change it? 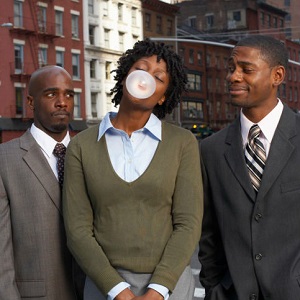 For many years, I felt uncomfortable when someone started talking about another person’s attitude. It always seemed as if the speaker was simply angry and wanted to make the other person change, often using their own negative attitude. When the angry party eventually explodes with, “I don’t like your attitude,” it is as if they fully expected the other person to magically manifest a better one. This does not make sense to me. As a result, I’ve done a lot of thinking about what an attitude really is.

In the course of cognitive behavioral studies I’ve learned that when it comes to the concept of attitude, there are a number of factors involved.

Based on these factors, I asked the question, “What part of the equation is an attitude?” It’s not the situation, nor is it a thought or a feeling. It must have something to do with behavior. Indeed, an attitude is a set of small behaviors. An attitude is comprised of facial expressions, tone of voice, and body language, all of which express an individual’s thoughts, feelings, and often one’s present mood.

The problem is that no one can simply tell someone else to change their attitude and expect it to happen. Either the situation has to be changed or the people involved need to change their thoughts and feelings, which are the source of behaviors. Sometimes we can change the situation and negative attitudes will disappear.

Feelings seem to simply exist, giving us important information. Feelings rise up according to what is going on around and within us. There is no such thing as a “wrong” or “bad” feeling. Everyone has a right to their own emotions.

However, our thoughts influence our feelings, and can be modified to create happier, healthier behaviors. If somebody is approaching me with an angry look on their face and I think, “Wow, they are angry at me,” I will probably feel afraid. This will lead to processing the important information and creating anxiety or aggression as a result.

If, on the other hand, my thoughts lead to such points as, “I wonder what they are angry about,” I will probably feel less afraid and more curious. Therefore my behaviors and attitude will be different than those originating from an anxious or aggressive thought process. How I think affects my feelings and my behaviors.

All of that seems straightforward and simple. Situations usually are much more complex and can involve long relationships, such as those between partners or parents and their children. The most important thing for everyone to be aware of is that the only person we have direct control over is your own self.

The main attitude to work on is your own. Although we can influence another person’s attitude, we cannot really change it. Changing an attitude is the right and responsibility of the owner. This is an individual’s power.