How Poverty Can Damage Children’s Brains 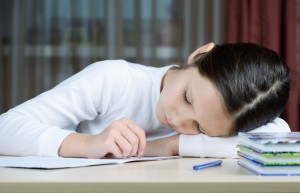 Living in poverty may damage children’s brains, according to a study published today in JAMA Pediatrics. About 22% of children live below the poverty line, and nearly half (45%) of all children live in low-income families who do not have enough money to cover basic expenses. The study was published alongside an editorial from child psychiatrist Joan L. Luby, who argues that the study provides a compelling case for early childhood interventions targeted to children living in poverty.

Research consistently finds that children who live in poverty do not fare as well on measures of academic achievement as children who do not live in poverty. For example, one study found that toddlers whose families were impoverished had IQs six points lower than their average-income peers—a gap that triples to 18 points over the course of childhood.

Researchers have long known that children who live in poverty are more likely to experience academic difficulties, but explanations for this phenomenon vary. A team from the University of Wisconsin-Madison spent six years performing MRI brain scans on 389 neurotypical children and young adults who ranged in age from 4 to 22. Each child underwent three brain scans, providing information on their brain development over time.

Children living in poverty showed diminished brain development and reduced gray matter in the frontal lobe, which plays a role in executive function, attention, and emotion regulation. These children also appeared to have less development in the temporal lobe, which plays a key role in language development. Children living in poverty also had significant structural differences in the hippocampus, which aids long-term memory and spatial reasoning.

Previous research has found a number of differences between children living in poverty and those living in higher-income homes. One study found that impoverished children hear millions fewer words than other children do, which can have a devastating effect on cognitive development. Other research points to the negative impact that chronic stress has been shown to have on brain development.