How Parents Can Support a Child’s Mental Health 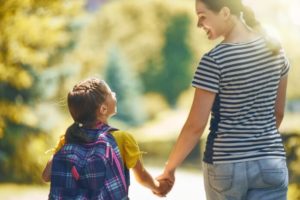 As a society, we are starting to pay more attention to the mental health of our children. According to a recent study, anxiety is more prevalent for children today than ever before, with anxiety symptoms starting as early as 7 years old (Anderer, 2019). Suicide is now the second leading cause of death among teenagers in this country. It has increased 56% from 2007 to 2017, according to the Centers for Disease Control (Wan, 2019).

Experts in the field have identified this as a public health crisis. While the cause is complex, many scholars believe these statistics are due to several factors, all caused by a combination of variables including social media, bullying, lack of boundaries with technology, and loneliness.

Social media has amplified feelings of loneliness for many young people. Before social media, if someone was left out of a party, get together, or other social function, they might hear about it, but they would never see what they were actually missing out on. Today’s youth are bombarded with images of their peers doing things together, sometimes without them, and those images can leave scars (Sills, 2011).

Lack of boundaries with technology has also lead to many adverse outcomes in children and teens. Due to the current culture of constant distractions with technology, many people are going through life without paying full attention to any task. Children are especially at risk; the American Academy of Pediatrics recommends only 1 to 2 hours of total screen time per day for children, whose brains are still developing. But according to a 2010 report, children may spend up to 7.5 hours per day in front of a screen, and for some families, there are no rules with regard to electronic devices. Constant use of technology could cause children to have a harder time understanding how to solve problems with others. When we find ourselves in a complex relational situation, it is important to pay full attention in order to solve the problem to the best of our ability (Southwick & Charney, 2018).

Loneliness may also be a problem, especially for teen girls. Studies show teen girls spend more time on social media than ever before, and over 95% of American teen girls have smartphones. The effects of this could be more isolated teens who spend more free time at home browsing through social media. The American Academy of Pediatrics has advised that too much time on social media can lead to more depression and anxiety in teens. In addition, teens starting college are less likely to be able to solve their own problems and more likely to rely on their parents to solve problems than before (Pipher & Gilliam, 2019).

How Parents Can Help

If you are a parent who wants to help with these issues, what can you do? There are many ways to combat the problems of bullying, social media, and boundaries with technology. Parents play a key role in the lives of their children. Parents who enforce firm rules within a loving relationship tend to have more successful outcomes for their children, research suggests. When a loving relationship is not present, there may often be rebellion (Pipher & Gilliam, 2019).

Here are some strategies parents can use to help their children with social and emotional issues:

While the problems of today’s youth are more complex than ever before, parents and adults can help them in profound ways. If you or your child would benefit from seeing a professional therapist, consider seeking help here.