How Do You Know If You Are Addicted to Something? 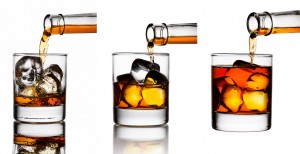 “The road to recovery, however, begins with recognition.” —American Psychiatric Association

How do you know if you are addicted to something? Does “addiction” lie in how the body responds in the absence of a substance, the chronicity of its use, or does it have more to do with one’s behavior toward the substance? The concept has ignited a war on drugs by Nixon, been playfully mocked by the late Amy Winehouse, and glorified by such shows as Intervention. A nuanced examination of the medical and cultural language of addiction exposes broader implications.

For example, is there a difference between the increased irritability during smoking cessation, a caffeine withdrawal headache, and prescription medication “discontinuation syndrome”?

According to the American Psychiatric Association (APA), addiction is a “chronic brain disease that causes compulsive substance use despite harmful consequences. Health, finances, relationships, and careers can be ruined.” This implies one must be aware of his or her use causing negative outcomes in various domains.

The National Institute on Drug Abuse (NIDA) adds that addiction is a “relapsing” brain disease based in part on the fact “drugs change the brain; they change its structure and how it works.” We now know that virtually everything we do and how we think about what we are doing causes changes in the brain (i.e., neuroplasticity).

A medical definition for addiction includes the compulsive nature of the behavior around a “habit-forming substance.” There is a compulsive physiological need for and use of a habit-forming substance (e.g., heroin, nicotine, or alcohol) characterized by tolerance and by well-defined physical compensations upon withdrawal. This leaves some ambiguity around which drugs are actually “habit-forming.” Does sugar fall into this category? It certainly lights up the brain’s reward center with blasts of dopamine in a similar way as cocaine.

In the latest version of the Diagnostic and Statistical Manual of Mental Disorders (DSM-5), you will not find an explanation for the specific term “addiction.” Substance “abuse” and “dependence” have been replaced by a combined term: “substance use disorder.” This encompasses substance use issues along a continuum rather than distinct entities (e.g., abuse, dependence). The criteria for “substance use disorder” has a broader scope that includes impaired control, social or relational disruptions, risky behaviors, and pharmaceutical use.

The DSM-5 now distinguishes mild, moderate, and severe as specifiers regarding substance use as well as the addition of “craving” as a symptom. This purportedly enables clinicians to more objectively document progress or regression during treatment as opposed to the static “dependence” and “abuse” criteria in previous manuals. There is even a behavioral diagnosis in this section: “gambling disorder.” One need not have a tolerance or withdrawal issue to be diagnosed with one of these so-called disorders.

In some regards, this section represents an evolution to the psychiatric canon. However, if the forest represents the process of addictive behavior, the trees are these detailed revisions. What about the exclusion of pharmaceutical dependence? For example, if you are prescribed a medication and you follow the instructions of your physician, you cannot develop a “substance use disorder.” What happens if you diligently follow the prescription of oxycodone (a pain-relieving opiate medication) by a doctor for multiple years and then discontinue the medication? It is likely that your tolerance has increased and your body will scream in agony via withdrawal symptoms. However, you would not meet criteria for a “substance use disorder.” Is this hypothetical person “addicted” to oxycodone as he or she goes into a severe fever, insomnia, and vomiting? From a conceptual standpoint, this is very confusing.

Let’s think about a more 2017 example. What if you are legally prescribed a daily dosage of vaporized cannabis that steadily increases over time? You notice dizziness, headache, and irritability before the morning wake-and-bake session. How does a person know if they are “craving” the ostensible medication or just following the guidelines for treatment? Does it matter? It might when it comes to other drugs.

By 2010, more than one in five Americans was taking a psychotropic medication. You would think it would be important to know the long-term effects of these medications. In Richard Whitaker’s 2010 book Anatomy of an Epidemic, he proposes not only a longitudinal addiction or dependency to psychotropic drugs, but a poorer outcome for those who stay on the medications. His provocative claims describe an iatrogenic process whereby the person’s mental health issues are made worse by the medication over many years (chronic courses with increased acute episodes). The author includes the fast-acting and shorter half-life drugs, such as benzodiazepines and neuroleptics, but also antidepressant medication in the argument.

When it comes to the seemingly more addictive drugs, our cultural ethos of “addiction” leaves the onus on the individual. We point at the self-destructing person who refuses to go to rehab and condone our own unskillful habits. The behaviors of the pharmaceutical user are at times less transparent.

Whitaker’s research hypothesizes a compensatory effect by the brain in response to the inorganic changes caused by psychotropic medication (imagine a tolerance built up over months to years). When describing the mechanism of selective serotonin reuptake inhibitors (SSRIs) such as Paxil or Prozac, a key and lock analogy is often used. SSRIs fit perfectly into the “locks” of our brain (i.e., receptors) similarly to the way nicotine fits into nicotinic receptors in the brain. If you plug a neurotransmitter key (e.g., SSRI) into the proper lock in the brain, it blocks reuptake of the serotonin (making more of it, which has been associated with increased mood).

According to Whitaker, eventually the perturbation of the brain chemistry prompts the serotonergic system to decrease production of serotonin. Other compensatory action includes less production of these receptors, which results in an imbalance: abnormally low levels of serotonin across the aggregate. What happens when one abruptly stops taking the antidepressant and thus removes all of those keys from the locks in the brain? According to the manufacturer of Paxil, you might experience dizziness, sleep disturbances including abnormal dreams, and sensory disturbances (including electric shock sensations, tinnitus) when stopping the medication.

When stopped more abruptly, Paxil and oxycodone have many of the same “discontinuation” symptoms: nausea, vomiting, agitation, anxiety, headache, and sweating. However, conventional wisdom does not view these symptoms as dependency issues or withdrawal from Paxil. Instead, the manufacturer’s warning on the label characterizes it as discontinuation syndrome. These issues reportedly resolve for most within two weeks, but can persist for two to three months or more.

When it comes to the seemingly more addictive drugs, our cultural ethos of “addiction” leaves the onus on the individual. We point at the self-destructing person who refuses to go to rehab and condone our own unskillful habits. The behaviors of the pharmaceutical user are at times less transparent. If someone doesn’t know the harmful consequences of taking a prescription drug, then he or she is misled. Ignorance and inexperience are now blurred concepts within the multiplicity of drugs. Insight cannot overcome a lack of knowledge about a drug’s effect on the body.

Recent warnings on psychotropic medication labels acknowledge the potential effects of discontinuation (e.g., thoughts of suicide). However, like the history of cigarette use, a scary warning on the package will do little to curb public demand.