Hollywood’s ‘Inclusion Crisis,’ and Other News 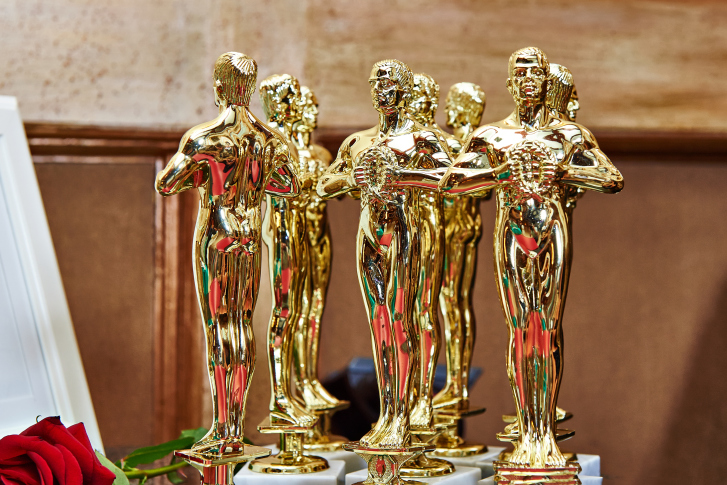 A report by the University of Southern California suggests women, racial minorities, and LGBT populations face an industry-wide “epidemic of invisibility” in Hollywood. The lack of diversity extends from the most minor characters to CEOs.

Overall, the report found 74% of speaking characters were older than 40 and male. About 33% were female, and 28% were ethnic minorities. LGBT characters accounted for 2% of all roles. About half of all surveyed TV shows and movies did not include an Asian character, and 20% did not include an African-American character. About 15.2% of directors, 28.9% of writers, and 22.6% of TV series creators were female.

The report comes in the wake of widespread criticism of the lack of diversity at the Academy Awards; 2016 marked the second year in a row in which no black actors were nominated for awards. Creed was written by a black writer and featured a black star, but its only nominee was a white man. Straight Outta Compton boasted a wide range of young black actors, but the movie’s only nomination went to its white screenplay writers.

Amy Winehouse, the singer who died of alcohol poisoning in 2011, famously said “no” to rehab in one of her songs. Asif Kapadia’s documentary, Amy, explores what happened behind the scenes. She, like other celebrities who eventually died from addiction, attended rehab. But rehab may not always be effective, and many facilities do not use evidence-based practices or hire qualified staff. This limits their ability to help people with addictions, while still forcing them to pay large sums for an attempt at sobriety.

Some research suggests a bias in favor of negative thoughts contributes to depression. About 11% of American adolescents experience major depression at some point in their lives. A new study of adolescents with depression found a simple computer task designed to shift their attention from sad to neutral words, and then from neutral to positive words, could reduce symptoms of major depression.

Your Brain Performs Better When It’s Cold Outside

Researchers have long thought cold weather contributes to declines in mood and to seasonal affective disorder (SAD). Now, two studies call this notion into question. The first, which followed more than 34,000 adults, found no evidence of seasonal depression. The second, which measured mood and vigilance in colder temperatures, found vigilance actually improved in the cold.

Prescription benzodiazepines—which more than 5% of American adults use to treat anxiety, insomnia, and similar symptoms—contributed to 31% of the country’s more than 22,000 prescription drug overdose deaths in 2013. This rise in overdoses is greater than the rise in prescription use of these drugs. Researchers do not know the cause of the spike yet, but one theory suggests people now take these drugs in higher doses, increasing the risk of dependence and overdose. People may also take these drugs alongside opioids or alcohol, both of which increase the risk of overdose death.

The U.S. is facing an epidemic of opioid overdoses. These drugs account for 61% of the 47,055 people who died of overdoses in 2014. At their annual winter meeting, members of the National Governors Association devised a plan to restrict access to prescription painkillers. President Obama rejected the plan, saying it did little to address the chronic pain and mental health issues many opioid users face. Some governors report doctors have resisted their efforts to limit opioid prescriptions. According to the U.S. Centers for Disease Control and Prevention (CDC), doctors wrote 259 million opioid prescriptions—enough for every adult to have a bottle of pills—in 2012.

Soldiers who miss their duties sometimes do so because they are dealing with posttraumatic stress (PTSD). Rather than screening them for PTSD, the military may discipline them. When these soldiers leave the military, some receive less-than-honorable discharges, which can affect future employment both in and out of the military. Now, some veterans are appealing their discharges in the hopes of an honorable discharge, but many are met with resistance from the military. Records show the Army Review Boards Agency, which can alter discharge records, rejects the majority of PTSD cases it reviews.