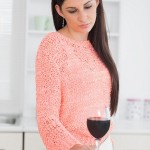 Have you ever been told a person has to “hit bottom” before they can begin to recover? What do you suppose that even means? What exactly is “hitting bottom?”

Do you suppose it’s really a good idea to wait until you’re divorced, or bankrupt, and/or facing another DUI before looking for an answer to your drinking problem? We don’t think so.

The concept of waiting to hit bottom isn’t just useless – it’s dangerous. How? Consider how that tenet would play out in the case of a disease like cancer. “Well, you know,” they’d say, “you really can’t do anything about cancer until it’s metastasized.” Huh?

Let’s look at alcoholism as a disease. What do we know about real illness? Well, first there’s prevention, regular checkups, early detection, then…oops. Early detection? What happened to “hitting bottom?”

Of course that’s the problem. With other diseases, we don’t wait until the patient is nearly dead before beginning treatment. Effective treatment is begun, good follow-up maintains the progress, and changes in the patient’s life are instituted that will sustain the recovery. It shouldn’t be surprising that this same model works well for diverting a client from alcohol abuse and dependence. The trouble is people have been discouraged – by mythology, stigma, and “lifelong recovery” – from getting help in the early stages when remission is not only possible, but likely.

How did that happen? Twelve step-based programs make the same mistake we all do – they generalize from themselves. And generalizing from a tiny number of terminal alcoholics to drinkers in general simply doesn’t work. But treatment programs have almost always been founded by that 1% for whom the model seems to work – true believers who think that they’re typical. In fact, they’re very isolated cases and methods drawn from their experience aren’t applicable or effective for most of us.

But if “true believers” keep saying something loud enough for long enough, and if they drown out dissent, a lot of people will be convinced. Remember, not too long ago, everyone believed the world was flat and that the universe revolved around Earth, That’s exactly what’s happened with twelve step-based programs. Now everyone from Dear Abby to the DUI court assumes that these programs are an effective treatment model, and that underlying mythology is somehow gospel.

So don’t be lulled by thoughts like “I’m not that bad off” and “I don’t drink as much as Larry” and other rationalizations. You don’t need to “hit bottom,” whatever that may mean to you. Act before drastic measures are needed and dire consequences appear. Get a handle on your problem while it’s still that, a problem, not a life-threatening avalanche hanging over your head.