Helping Teens to Cope with Your Cancer 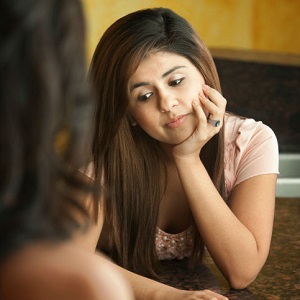 Ted has lymphoma. He has had several months of chemotherapy. He and Shelly have two children—14-year-old Kelsie and 16-year-old Todd. He and Shelly are worried because when they try to ask Kelsie and Todd about how they are doing in regards to Ted’s cancer, the kids refuse to talk about it. Shelly is surprised because she and Kelsie have been pretty close until recently. Todd never talks much about anything anyway, but prior to Ted’s illness they played a lot of basketball together.

When Ted was diagnosed, he and Shelly sat down with Kelsie and Todd and shared everything the doctors told them. They gave the kids an opportunity to ask questions, and answered them truthfully. They have continued to share information throughout Ted’s treatment and have let Kelsie and Todd know they are always available to answer questions, and that they will always tell them the truth. Why is this important? If your teen finds out later that you have not been forthcoming or have lied to them, you will lose their trust; it will be difficult to gain it back. They will also feel hurt and angry that you didn’t think they were mature enough to handle the truth. Thus, even though it may seem like they don’t want to hear what is going on, it is imperative that you keep them updated along the way, with both good news and bad.

Additionally, teens are tackling developmental tasks that can make family life challenging, even without cancer. According to the Raising Teens Project from the Massachusetts Institute of Technology Work-Life Center, there are 10 tasks of adolescent development. Tasks that are relevant to Ted’s family include:

Thus, cancer in a parent can present a real struggle for teens. They may want to be close to their parent to offer support or be supported, yet because of their developmental tasks they may find themselves pulling away. This is just one source of conflict. It may occur to them for the first time that their parents will not live forever, and that their presence should not be taken for granted. This realization can then lead to guilt regarding how the teen is treating his or her parents/siblings, and the feeling that they should be nicer all the time (which we all know is unrealistic). Guilt may lead to resentment about why their parent had to get cancer—why couldn’t it have been someone else’s family? Plus, adolescents, especially early adolescents, are desperate to fit in with the crowd. Having a parent with cancer not only makes one stand out, it can be embarrassing for a teen. They are the center of their universe and want attention drawn to them only as they see fit. As a result, they may not even share with their friends that a parent has cancer because they don’t want people to feel sorry for them or view them differently. Typically, though, they will share the information with at least one or two close friends.

It’s also important to remember that a teen’s timeline for when things need to be done may be different than yours. You may feel a strong need to talk about recent information from the oncologist with them, while they may be in the middle of studying for an exam, working out, spending time with friends, etc. As little control as you have over the cancer in your family, teens have even less. Therefore, it’s crucial to let them have control wherever it is possible. This shows that you respect their needs and most likely will result in them being more likely to respect yours (i.e., comply with your requests).

In closing, teens are learning to find their place in the world. Having a parent with cancer is a tremendous challenge for them to navigate during that process. They need to know you are always available, but they also need some room to try to cope with things in their own way. As long as their coping skills seem healthy (i.e., they aren’t coping by engaging in risky behaviors such as drinking, drugs, unsafe sex, speeding) and they are doing well at home, in school, and with friends, you don’t need to worry as much if they aren’t confiding in you.

Please leave a reply with any topics you would like me to address in future posts.