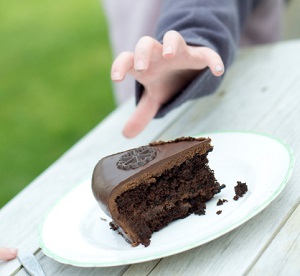 Chocolate. Just the word inspires salivation in some. With its drug-like effects on the body, many people find it hard to resist such a satisfying treat, especially when it boasts health benefits in addition to its rich and velvety taste and texture. To date, chocolate has been dubbed “the most commonly craved food in Western cultures” (Blechert, Naumann, Schmitz, Herbert, and Tuschen-Caffier, 2014).

Dark chocolate, in particular, free of chemical additives and excessive sugars, has been shown to reduce stress and inflammation, regulate fat-related metabolic activity, and balance gut flora by decreasing harmful intestinal bacteria and increasing beneficial gut microbiota (Martin et al., 2009). The flavonols and methylxanthines present in cacao and chocolate are attributed with producing these and other positive changes in the body, which have led to chocolate’s acceptance in the nutritional community as a “functional food” (Franco, Onatibia-Astibia, and Martinez-Pinilla, 2013).

Inspired by the healthful and pleasurable aspects of chocolate indulgence as well as its widespread consumption, researchers recently explored the emotional and physiological effects of what they refer to as “hedonic deprivation” of chocolate (Blechert et al., 2014). They especially wanted to examine the relationship between denial of pleasurable food intake and issues surrounding obesity and weight loss.

While dieting and deprivation are often associated with the successful loss of excess weight in the short term, studies such as this one reaffirm the notion that these methods may actually increase the likelihood of regaining lost weight in the long term.

For the study, researchers asked a small sampling of women who eat chocolate regularly (at least three times per week) to abstain from eating it for a period of one week. Before and after the week of deprivation, they examined “eyeblink startle” in response to being shown images of chocolate, as well as the subjects’ levels of frustration and depression. They also evaluated the participants’ eating habits and impulsivity using the Eating Disorder Examination Questionnaire, the Restraint Scale, and the Barratt Impulsiveness Scale (Blechert et al., 2014).

As the researchers anticipated, the participants’ feelings of frustration and depression increased during deprivation week and decreased while indulging their chocolate habits. The respondents also reported experiencing an increased desire for and enjoyment of chocolate following their brief period of deprivation, with the exception of six who claimed that they wanted to eat less chocolate after being deprived.

As a control, the participants were also presented with savory foods. The nonchocolate foods did not become more palatable following deprivation, and “eyeblink startle” was measured as being similar in response to images of both chocolate and savory food items.

So yes, in case you had any doubts, it is true that depriving oneself of tasty, calorie-rich foods—specifically chocolate—is likely to increase the physiological cravings for those foods. These findings appear to be rooted in the human response to being told “no” with regard to a certain food: As soon as something is deemed off limits, the tendency is to fixate on that item and attach forbidden pleasure associations to it. It follows that for someone who is being deprived of such pleasure-inducing food experiences, binge-eating episodes often begin with the intake of such foods.

This helps to explain the food-related impulsivity characteristic of disordered eating issues such as bulimia nervosa, binge eating, and obesity, which these researchers link to “hedonic eating,” or eating for the sole purpose of experiencing pleasurable changes in the body. Individuals with impulsive tendencies were shown to be especially susceptible to the negative emotional and physiological effects of deprivation on the brain and body.