Healing Our Boys: How Toxic Masculinity Is Connected to Violence 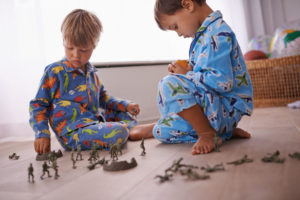 We are doing something wrong.  When thinking of the recent school and mass shootings, whether I’m considering the issue of gun control, mental health awareness, or any other related topic, one thing stands out to me more than anything else: socialization.

While I agree we need to evaluate (or re-evaluate) many issues that may contribute to tragedies like the Parkland shooting, one thing likely to contribute to a major generational shift is the way we parent our boys. I am not saying there have not been female school shooters, but no one can deny the staggering difference in the number of male school shooters vs. female.

As a social worker trained in child development, certain trends stand out to me when reading about school shootings. Most school shootings in America are perpetrated by young males. It is common for shooters to have a history of abusing others or of experiencing abuse themselves. They often have a sense of entitlement to specific people (usually female peers) or the attention of a group (again, usually female peers).  Another common trend is a desire for retribution and revenge against those who they feel have wronged them.

My professional opinion is that not all of this phenomenon can be attributed to the way our culture socializes boys—but a lot of it can be. Men in America are generally raised to embody the masculine ideals of Western culture. They are encouraged to be strong and tough. They are told they should always be willing to fight for themselves, their loved ones, and their beliefs. The problem here is not the idea of masculinity, but how we encourage our boys to follow these ideals.

We are damaging our children. We are teaching our sons and daughters that women are weaker and that emotions are a sign of that weakness.

My office overlooks a playground, so I can often hear what is going on in the microcosm below. My attention is frequently caught by disagreements between children. Let’s say someone took a toy out of a child’s hand. The girls will often cry, run to an adult for help, or let the toy theft happen while disappointedly moving on to something else. Sure, some girls are stronger advocates for themselves and will take the toy back, but often they do not. On the other hand, the boys will typically follow their peer, steal the toy back, and continue playing. Sometimes when one boy hits or smacks another, the original victim of the action will return the hit with equal or greater aggression. Again, this is not true for all boys. But most of the time, this is the type of interaction that will play out.

I see how this type of socialization begins both in my office and out in the world. As a society, we can unintentionally instill gender roles into our children through positively reinforcing certain behaviors. Girls are often encouraged to show gentleness and compassion. We often urge our boys to stifle their healthy emotions to avoid appearing weak (or by implication, feminine).

When boys experience bullying, they are typically taught not to cry or talk it out. Instead, we usually teach them to fight back and prove their manhood to those who challenged them. Sure, self-defense is appropriate in certain situations, but I have found we disproportionately encourage our sons to prove their toughness. I rarely see parents validate their sons’ emotional experiences or encourage boys to be in touch with their feelings.

We are damaging our children by teaching them that women are weaker and that emotions are a sign of that weakness. As teens, boys are socialized by their peers to view their value and sense of self in terms of how many sexual partners they have, how much weight they can lift, how many beers they can drink, and whether they can finish a fight. As adults, men are often encouraged to be aggressive in the boardroom so they are not seen as pushovers. Meanwhile, women with the same aggressive attributes may be shamed and belittled by coworkers for their “nastiness.”

We need to foster empathy and destigmatize sensitivity in men.

This is where we as a culture and a country need to step up and do right by our children, especially our boys. We need to foster empathy and destigmatize sensitivity in men. (Better yet, let’s validate the feelings of all children, regardless of their gender.) We should allow our boys to cry without making them feel as if they are weak or less worthy of respect when they do. Instead, let’s praise our children for showing their emotions and encourage them to see the strength that comes from doing so. If we work to impart this altered view of masculinity, our sons may not be so quick to hit back when insulted, may not start rumors about girls who reject them, and may not pick up a weapon to punish those who they perceived have done them wrong.

If you have a child who is displaying aggression, or if you would like to look deeper into how gender roles affect your own behavior, therapy can help. You can find a therapist who specializes in aggression, child development, men’s issues, or any other relevant concern.