Harness the Power of the Marriage Bond 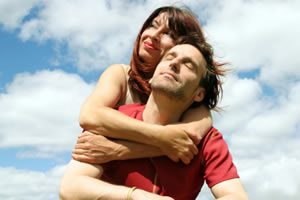 I knew a couple whose divorce cluttered up the Broward County Courthouse for 10 years. That was before I went back to grad school for my doctorate but I kept thinking, “Surely something could have been done to release this couple from each other’s clutches.” There was. One party escaped the country and I never heard the rest of the story.

It shouldn’t have to go like that, but it often seems to. Couples who are sick of looking each other in the face tenaciously cling to each other in court. Does that really make sense? Think about it: The person you want to have the least to do with is the person most on your tail. Why?

Here’s my answer: When two people start a relationship, they show their most vulnerable sides to one another. No one else in the world is privy to such knowledge of another human being. This generates a connection, a bond. We have entrusted someone with our souls.

You would think that if the marriage goes sour, the connection withers, but apparently this is not the case. As warring couples fight their way through the court process, they are after something more, something they didn’t get but badly want. It is almost as if that original bond held out a promise and now the parties are still looking for payment on that promise, a promise that was never realized.

Someone from another planet who has never seen ugly divorces wend their way through the courts might ask: “Okay, I get that there was an original promise and I get that the promise was never realized in a concrete way. But I don’t understand why they would still be expecting delivery on that promise when they have clearly seen that that isn’t going to happen.”

That’s a good question and I attribute this bit of irrationality to the marriage bond. It appears that that bond trumps logic. Logic would have people let go; the bond illogically holds out hope.

You know, that is really powerful. Imagine this: People who hate each other are still connected. They think they’re trying to rid themselves of one another, but they’re fooling themselves. Perhaps that is why some very desperate people end up committing murder. And they regret it the rest of their lives. They don’t know any other way to relieve themselves of the connection.

This explains a lot. Not only does it explain prolonged court battles, but it explains why people remain with hurtful spouses.

So what’s the answer? How do people get out of this bind? Going to court is no answer. Staying in pain is a terrible answer. Running after someone who has pushed you away is not the answer either.

My answer goes like this: If the marriage bond is that powerful, let’s harness that energy. Let’s use it instead of fighting it.

What do I mean? In martial arts, a little 5’2” person like myself can take down a big man. (I loved my Ju-Jitsu classes!) This works by taking the direction of that guy’s energy and gently re-directing it rather than fighting it head on.

If the premise is correct that the reason for the strong bond in a couple is because the people are still looking for the delivery on previous promises, what better way to solve the problem than to help those people make that delivery. That’s really what marriage counseling is supposed to be for. Therapists got off track when they themselves became despairing of turning around tough, difficult clients and consequently recommended divorce. You can see it’s a poor recommendation.

The problem is that those therapists did not know how to relate to their tough, challenging clients. They did not have the tools to help them express their hurt, their wants, and their needs in a successful way. They did not understand the underlying need for those difficult people to heal in order to feel empathy for their spouses.

But that does not make the job impossible, and they should not recommend divorce. They should refer these people to therapists capable of helping them. This way, each person in a couple can learn to deliver on their early promises. Each person can heal from the pain they absorbed during the marriage. And each person can benefit from the joy of a powerful marriage bond that is also healthy and healing.