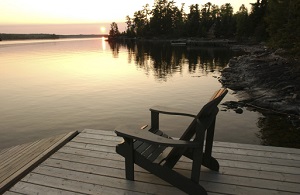 There are so many wonderful things about Hakomi that it is impossible to address them all in one article. Instead, I would like to speak a bit about what makes it so special.

First, a little clarification. Hakomi is a mindfulness-based, body-centered form of psychotherapy. In recent years, there has been an explosion of interest in mindfulness and in the role of the body in psychotherapy. But not all therapies that use mindfulness or body-centered approaches are alike. In my experience, Hakomi’s approach to the use of mindfulness and to the body is unique in the field. For example, Hakomi uses a more active, meaning-seeking form of mindfulness than do most other therapies that incorporate elements of mindfulness meditation. Also, in Hakomi, both the client and the therapist ideally spend the majority of each session in a state of mindfulness. Hakomi may be one of the only approaches to explicitly use this state as a prerequisite to working with the body. Hakomi is also one of the more established of these approaches; it was developed by Ron Kurtz in the 1970s and has been steadily gaining popularity ever since.

The thing that I find most compelling about Hakomi is that it is grounded in a set of relational principles, as opposed to a psychological theory. These principles set the stage for a relationship between the client and the therapist that provides safety and creates the ground for self-discovery. They are rooted in the traditions of Buddhism and Taoism, without imposing any spiritual or religious requirements. The five principles are: mindfulness, nonviolence, organicity, unity, and body-mind-spirit holism.

Although Hakomi’s first allegiance is to the principles, it is not without theory. Hakomi therapists draw from a few major areas of theory.

The principles and theories just described come together beautifully in the Hakomi method. Part of Ron Kutz’s genius, I believe, was the development of a unique set of tools or techniques that bring both the principles and theory to life in a therapy session. By this I mean that the method—the activity of the therapy session—is an expression of both the gentleness and respect inherent in the principles, and the ideas about how people work, that are expressed in the theory. This congruence gives a seamless quality to the experience.