Growing Up and Relationships: What’s Wrong With Me? 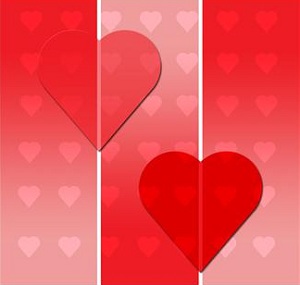 Richard came to treatment feeling angry, sad and resentful. He was scared that the man he was living with was getting ready to dump him.

“That always happens,” he said. “Just when I feel my life turn around, I get dumped. What’s wrong with me? Why am I always the one who gets left? I think we were in love, he says he’ll never leave me, but in three months he’ll be gone and I’ll be a fool.”

This was the third serious relationship that was not working out. Richard is handsome, smart, funny. He would seem to be an ideal mate, but he has a fatal flaw. He is very controlling, has trouble letting people come close, and eventually pushes his lovers away. He does it by saying constantly, “I love you.” He really means, “Do you love me?” That’s how he gets the other person to say it, to tell him, “I love you, Richard.” It is a common response, when someone says I love you, it’s almost impolite not to say “I love you too,” right back. He tells Carl, his lover, “I love you,” countless times a day, and if Carl doesn’t answer “I love you too,” Richard feels hurt and angry.

Richard’s a kind of love junkie. He needs to hear “I love you” all the time. We can understand that his anxiety about being loved springs from his early relationships, which were unsatisfying and maybe inappropriate. His father was clinically depressed and distant. His mother praised him ceaselessly, and he got used to the high octane gas of continual overblown admiration, overcooked and insincere. She force fed him phony compliments that had hidden insults inside.

“You’re so brilliant,” she said, “no one is smart like you, you’re just too good for this world. You’ll never find anybody as good as you.”

His mother took care of everything. She needed to always be the best because she really felt like she was always the worst. She felt unloved and unlovable herself, so she created a partner in misery, Richard, except she, of course, had to be seen as smarter and more capable. That’s how she set it up, so she could keep him to herself forever.

As an adult, a very bright adult, Richard was basically incompetent and could not deal with practical problems, like how to follow directions, use a computer, drive a car, or swim. He was always looking for help and reassurance. And there was never enough.

He asked me if there was something wrong with him, and I said “Yes. Let’s figure out what it is and then we can do something about it.”

Richard is starting to see that his endless demands for support are annoying. He never lets up, and he never believes it when someone says he loves him. He pushes for more and more demonstrations of love, until his lover feels manipulated, controlled, and exhausted. Richard also makes himself   incapable, so he can be loved. People who are insecure like Richard may be appealing at first, but after a while they wear everyone out and end up all alone.

Richard was determined that this time would be different. He loved Carl.  Richard told Carl that he realized he was childish and demanding sometimes, and was going to do his best to grow out of it. Richard was determined, and we worked together to keep him strong-minded and resolved.

I felt like Richard needed vitamins to grow. He needed clear indications that I respected and liked him. He knew that he could rely on me, but he also knew that he could not guilt me into treating him like anything less than an intelligent and capable man.

When Richard does something great, I tell him. If he asks me if he made a mistake, I answer honestly. In fact, I think my honest and steady responses became like the trellis that helps a plant grow tall and strong and eventually stand on its own.

Luckily Carl really does love Richard, and he is able to tolerate the long delayed growing pains that are a natural part of human development. With the help of therapy, and together with Carl, Richard is growing up.

Related articles:
Imagine Not Worrying: How to Stop Scaring Yourself
A Picture of Lasting Love