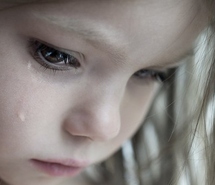 Recently, CNN’s Anderson Cooper did a sad but powerful exposé on child abuse in some fundamentalist Christian sects in our country. The report, Ungodly Discipline, was definitely a positive step… but our examination of this topic shouldn’t be limited to the abuse of children by religious fundamentalists.

For the second time in weeks, a terribly destructive occurrence in our society has been exposed, but only as a practice in a fundamentalist group. The other time exposed Warren Jeffs’ having molested, violated, and sexually abused the children in his Fundamentalist Church of Jesus Christ of Latter-Day Saints (FLDS Church) “family.”

The abuse of children in our country – sexual, emotional, and physical – is far from limited to religious sects. It’s more widespread than perhaps you can even imagine. So, instead of just pointing at others in extreme instances and families, we’d do far better coming into conscious awareness by looking at everyday occurrences all over our country.

After the exposé, Anderson spoke with Jeffrey Toobin, CNN’s Senior Legal Analyst, who acknowledged no one is arrested for spanking, and that for corporal punishment that is more than spanking but less than a broken arm, the police don’t get involved. Shocking! Painful!

I myself, as a psychotherapist, am required by law to report suspected child abuse. This past year, once again I found myself making that dreaded phone call. I say dreaded, because I was concerned from previous times when nothing had been done by the department charged with protecting children. This time was worse. The child had been frightened; had asked his mother to call the police; had been threatened, hit, and dragged by his hair. And the department told me that in the child’s home state it was legal for parents to discipline their children, even hit them with a hand or implement, as long as no marks were left and as long as no one considered it excessive force. For me as a psychotherapist, a woman, a human with a heart, this was heart breaking! No one was protecting this child… and the abuse he was experiencing was minimized, discounted, misnamed, and legal!

Not only that, but after considerable research, I found that every state in our country has legalized abuse of children under some guise or other… or no guise at all.

Look at some of what exists in some of our “united states”*:

Any investigation of child abuse shall take into account the child-rearing practices of the child’s culture.
This allows a group or a family in which abuse has taken place generation after generation to continue that abuse under the guise of ‘culture.’

… may use reasonable physical force, when and to the extent that he reasonably believes necessary to maintain discipline or promote welfare of minor
Even someone who could not control his rage at a child who is so hurt or so frightened he can’t stop crying can say he ‘believes’ the abuse was necessary.

Abuse includes a parent, guardian, or other person with control or custody inflicting excessive corporal punishment (which must be excessive to the point that the child’s physical, mental, or emotional condition has been impaired or is in imminent danger of becoming impaired as a result).
I have worked with adults who were abused as children. Their mental and emotional selves were changed by even the threat of being hit. Their mental and emotional selves were changed by witnessing their siblings or their other parent being hit. The actual experience of being hit – even once – for whatever reason, deepens and escalates that change in ways most people cannot imagine… instilling terror in them, mind, body, heart, and soul.

Renowned psychoanalyst and pioneer, Alice Miller, worked tirelessly toward ending child abuse. In her book For Your Own Good, she wrote about Adolph Hitler having been beaten mercilessly by his father, under the guise of the German child rearing practices of the time. As part of his efforts to defend against the pain of his childhood experience, he eventually managed to go through his father’s beatings silently, counting the lashes and able to announce proudly to his mother how many times his father had beaten him. If you understand the human psyche, the defense against childhood pain, and the acting out of that which we defend against (until we are conscious of it and heal it)… it becomes clear as you read this book that Hitler was not the only one acting out his childhood and his response to his childhood when he became Fuhrer and tortured others as he was tortured. Many of his country people were also acting out their childhoods and their responses to their childhoods. People who had themselves been abused under the guise of child rearing too often got as close as they could to Hitler, to join with him in an effort to please him and not be at his mercy, just as they might have with their father as children.  They also joined with him in doing to others what was done to them in their young helpless childhoods.

We need to look at this and take it seriously.  Looking not only at Hitler and his childhood but also at childhood in Germany at that time… gives us a way to see the bridges from our individual lives as children, to our lives as adults, to our communal lives as families, towns, nations, and a world.

What does the legal ok to children being abused in our country tell us about us as a society? Especially in light of the existence of 28 countries in our world (including Germany) that make corporal punishment of children by parents unlawful!** How does this awareness affect us when we realize it means more children are being abused in the U.S. that we can possibly imagine?  What does it reveal to us about the state of our politics in these times?  What does it show us about the state of our country at this time in history? What does it begin to say to us about what we need to do?

This is the first part of a two-part article on this theme. Look for part two in the next few days.

Notes:
* It breaks my heart that the only sites we can find that provide the text of, and links to, the actual state statutes are pro-spanking websites, such as the website of the “American Family Rights Association.”
** See http://en.wikipedia.org/wiki/Corporal_punishment_in_the_home