The Gravity of Autism, Part I 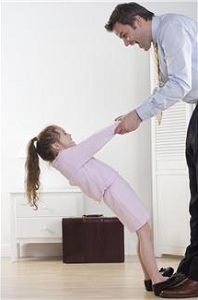 Definition: Gravitational Pull; The attraction that one object has for another object due to the invisible force of gravity. The mass of an object affects its gravitational pull. The gravitational pull of the Sun keeps the planets in orbit around it.

I was counseling a couple the other day, with a newly diagnosed child. Let’s call them John and Mary. Mary described feeling unappreciated by her husband, tired all the time, and frustrated by having to “do everything” around the house. John complained that Mary spent all of her time with their 3-year-old son, Jimmy, who is severely affected by autism, and has no time for anyone else, including their 7-year-old daughter.

I asked about a typical week to get an idea of just how much autism had taken over this family. Mary reported that Jimmy was in a full-time early intervention program and spent every day after school in some type of therapy. John stayed late at work as often as he could, in order to pay for all the therapies. His wife commented that it had become a daily occurrence.

Their daughter, Sally, played on a soccer team and was driven to and from practices by friends’ parents. Mary reported feeling guilty that she could never reciprocate in the carpool. In the evenings, while John was working late, Mary would prepare and clean up dinner, help Sally with her homework (with interruptions from Jimmy every 2 to 3 minutes), and bathe and get the kids ready for bed. John would arrive home just in time to read a story and kiss them goodnight, then hibernate in front of the television playing remote roulette, while Mary finished up the never-ending laundry. The couple would eventually collapse into bed sometime around midnight, at which time Jimmy would usually awaken, due to his inability to stay asleep.

Autism had indeed taken this family hostage, as it does to most families I have talked to. My own family is no exception. The guilt Mary feels, the burden that John feels, and the disappointment that Sally feels after being told, “Wait a minute honey, I need to help your brother,”…all of that is what I call the gravitational pull of autism. The scientific definition of “gravitational pull” says that the mass of the object affects the pull. In the world of autism, it appears that the more severely affected the child, the more “pull” that child has on the parents. It’s inevitable. When a child requires assistance with every activity of every day and each moment is a teaching moment, then that force becomes stronger. The definition of gravity also describes that the force of the sun keeps the planets orbiting around it. That’s the picture I had in my head when this couple shared their struggles. Only it was the “son” that they were orbiting around. And unfortunately, because the son’s gravitational pull was stronger, the parents were losing their gravitational pull toward one another.

What I wanted this couple to know, first and foremost, was that this dynamic in a family living with autism was inevitable. Just as we cannot stop gravity, the pull was a given. It wasn’t their “fault” and it certainly wasn’t their son’s. They were doing what they thought was necessary to care for their child. Additionally, I encouraged them to recognize how helpless they were both feeling; as if they had no choice but to keep their world spinning at this rate.

This couple initially came to me for help with their marriage; they complained about lack of communication, no time together, and virtually no sex life. But the solution to helping them would require more than teaching communication skills and intimacy exercises. It would require more than a date night once a week or an appreciation that she was from Venus and he was from Mars. My main goal was to make them aware that some changes needed to be made before one of them got sucked into a black hole of depression. It was time for me to pass on what I had learned the hard way: the importance of living mindfully and with intention.

Related Articles:
The Gravity of Autism, Part 2
Thankfulness in the Midst of Autism
Support for Special Needs Parents and Families with Young Children