Freeing the Parents of Adult Alcoholics and Addicts 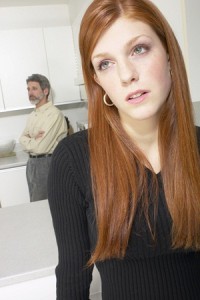 займ онлайн круглосуточно без отказа безработным The conversation began easily enough, “My brother is bleeding our parents into the poor house with his unending demands for money – money to support his addictions – and they don’t seem able to stop giving it to him, even though he isn’t getting any better. What can we do?”

Or we hear from the parents themselves, “How can I get my spouse to stop giving our adult daughter money she just spends on booze or drugs? Her promises are worthless and the demands endless.”

It’s not an uncommon condition. Parents are living longer, some adult children make childishness a career, and it isn’t easy to say no to a son or daughter, regardless of their age. Then add in the grandchildren, hostages held for ransom as your child essentially blackmails you into supporting their drug and/or alcohol abuse: “Give me the money or I will kill myself,” or “they will starve,” or “we’ll be on the streets,” is the implied or actual threat, yet the money does no good.

As parents you capitulate even as you destroy your own fragile financial security. You hand over cash, even though you know it’s useless, often wondering if your child’s problem is something you caused. You post bail, buy cars, pay rent, doctors’ and attorneys’ fees, and pay for treatment that they rarely see through and that usually doesn’t work even when they do. Funds intended to benefit the grandchildren disappear without benefiting anyone. The cycle continues until someone dies or there isn’t anything left to extort. It seems like the only choice.

Though it takes toughness that’s hard to muster and support which is even harder to find, there are alternatives. It means finding the courage to face the reality without being swept away by understandable emotions. Managing this means overcoming a lot of mythology.

The most destructive belief most of us have held at one time or another is that alcohol and drug abuse is an incurable disease over which the addict or alcoholic has no control. Believing this, how can any parent deny support to a sick child? This is the lever that every active drunk and junkie – and many “recovering” ones as well – use to control everyone around them: “It isn’t my fault and if you don’t give me the money I’ll die.”

The trouble is that drug and alcohol abuse, dependence, and addiction, aren’t really diseases, they’re choices – choices the alcoholic and addict made and continue to make. These choices can be unmade, but as long as you’re supporting them financially, protecting them from the consequences of their choices and behaviors, why would they change?

The answer to that is that they aren’t going to.

Most of us go though our lives wishing someone else would change. The reality is, however, that we can’t change anyone but ourselves. It may not seem like much, but sometimes it’s enough. When you change how you deal with your adult children they too are forced to change. How they change isn’t predictable, but they will change.

These reactive changes are the hard part. Initially they will probably escalate their aggressive behaviors to get you to return to the old status quo, no matter how awful that really was for everyone. That will include using their children to get to you.

And what about those grandchildren?

This is when the need for support comes in. It’s hard to stand up to the drunk or the druggie when they have no restraints on what they will say or do. Endless promises, threats, and blame will follow any interruption in the cash flow. You want to believe the promises, you succumb to the threats, or you cave in to the guilt that the blaming dredges up, no matter how real or ridiculous. But you need to stand firm.

So how do you go about doing what you know is right when everything seems stacked against you?

First, it’s necessary to keep in mind what you already know: your child will bleed you dry and out onto the street before they will stop exploiting you. You also know that continuing will never benefit your grandchildren. That’s a fact. Hold onto it. Cut them off and they may in fact decide to die rather than clean up. Instead, begin to plan ways to taper off the support in return for demonstrated progress in cleaning up – and be prepared to either take on the grandchildren yourself or allow someone else to. Make arrangements or contact Child Protection or both. Explore the options.

Second, they can clean up if they are sufficiently motivated and the treatment mode is carefully chosen. That’s a bit of a problem, of course. Virtually all forms of treatment in the U.S. have success rates of less than 10% over two years. AA itself reports a 95% dropout rate in the first year, and most treatment is based on AA.

Third, it really is okay to save yourself and the rest of your family. An almost universally overlooked aspect of the relationship of older parents to adult addicted children is that the financial support actually rewards the child for their self-destructive choices and behaviors while penalizing the parents, other children, and grandchildren. What kind of nonsense is that?

So what’s a parent to do?

Remember that you don’t have to stay stuck in the insanity of the addicted child’s world. You can stay clear and not be sucked down in all of the usual “powerlessness” and “disease” model ad copy that only serves to perpetuate and justify addiction-based exploitation. Drug and alcohol abuse, dependence and addiction are a choice. Sometimes the choice makes sense, sometimes it’s accidental, and sometimes it’s crept up so gradually that no one noticed it for a long time, but it’s still a choice. So is cleaning up.

You can offer to help them sober up. It’s hard to find effective treatment, but you can look for programs with a multitude of options for clients, a diverse staff (not dominated by “recovering” individuals), aftercare that isn’t limited to attending recovery groups, and a focus on the client’s strengths, interests, and future activities – not on the past, on drinking and using, or helplessness. Remember that the most common cause of relapse is a belief in powerlessness. Avoid any program that makes that belief part of their philosophy.

Start rewarding yourself and your family for achievements and accomplishments, not for destructive choices and habits and behaviors. You may not be able to keep a son or daughter from destroying themselves, but you and the rest of your family don’t have to go with them.

Finally, it’s good to get competent help in this process. You need to know, regardless of the outcome, that you have done everything possible, given every opportunity, and explored every option. The process of genuinely helping an adult child is difficult at best and outcomes, regardless of advertising copy, are very uncertain. Give yourself, your troubled child, and the rest of your family, the benefit of the best opportunities and support available.

Your addicted adult child is still an adult and will still make their own choices, one of which may be their own destruction. You can encourage and support other outcomes, but not by financing the addictive behaviors. Don’t let yourself be guilt driven, blackmailed, or intimidated into perpetuating the problem.