The ‘Four Horsemen’ That Can Destroy Your Marriage 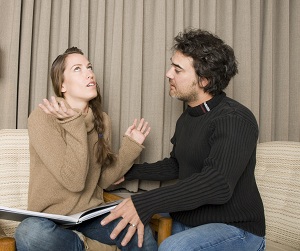 According to John Gottman, author and marriage and relationship expert, there are four major factors that can make it virtually impossible for a marriage to flourish. In a recent article, Eric Barker, a writer who specializes in human behavior, described the “Four Horsemen” in detail. Barker says that at the top of the list is contempt. Contempt can be displayed through verbal or nonverbal means, with mean words, dismissive glances, deep sighs, or physical distance. The result is that your partner will feel as if you are disgusted with him or her. It is very difficult to get someone to cooperate in a conversation or conflict resolution if that person can feel the disdain you have for them.

Another relationship no-no is criticism. Being dissatisfied with the way someone does something, or doesn’t do something, is OK. But criticizing the person, qualifying the person as a bad individual because he or she can’t fold the laundry correctly, is critical and hurtful. This is an attack on the person’s character, the person’s core, not just on behavior. Barker suggests focusing on the behavior at hand and narrowing the scope of the complaint.

Defensiveness is another negative relationship trait. When people become defensive, they are basically relinquishing any responsibility for the problem at hand. This type of behavior puts the other partner on defense also and elevates the tension. Ultimately, defensiveness eliminates any spirit of willingness or cooperation from either partner.

The final “Horseman” is stonewalling. When an individual shuts down and turns away from his or her partner, resolution is nearly impossible. A relationship cannot be fixed by only one partner.

Barker points out that Gottman’s work also sheds light on how couples overcome problems. “Sixty-nine percent of a couple’s problems are perpetual,” Barker says. “These problems don’t go away, yet many couples keep arguing about them year after year.” It’s how they approach these problems that separates successful marriages from unsuccessful ones. Barker says it’s important to accept those things which cannot be agreed upon. Just like aches and pains that come with age, some negative character traits come with all spouses. Learning how to accept those qualities, and to stay physically and emotionally connected to each other, will help couples maintain strong, loving relationships. So make time for each acceptance, for talking and getting to know one another, and for a little horseplay. Just remember to keep the “Four Horsemen” far, far away.