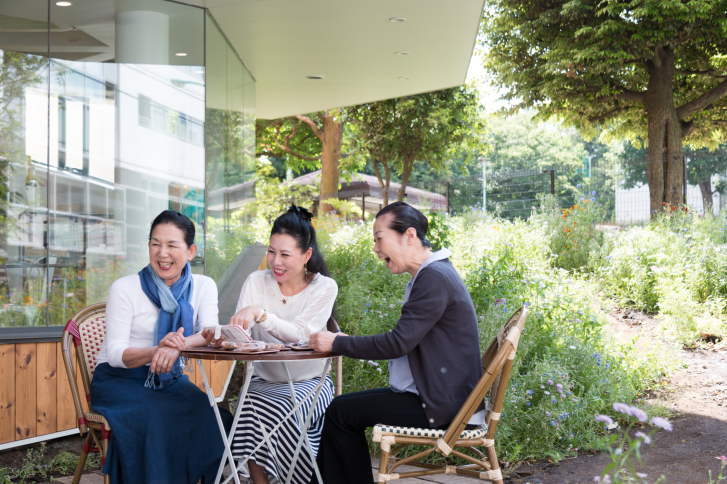 Later, I felt guilty that I hadn’t stopped and asked if I could sit down. I wish I had joined them right away. I might have helped.

The two women involved—I’ll call them Norma and Carol—weren’t friends, exactly, but they were supposed to be on the same team, a volunteer group dedicated to maintaining and beautifying the neighborhood. I’m on that team, too.

Carol was the new girl. She was having trouble fitting in, and Norma tried hard to help her become part of the group. Carol needed someone on her side because she put people off, and Norma quietly stood up for her.

Norma, who made many of her contributions under the radar, was known for selfless service, knowledge, ability, and a good eye for the lovely and the practical. She was a long-term volunteer, maybe 20 years? I’m not sure, but a lot.

Carol was the newest comer to the community. She was invested in tending and beautifying the surroundings, too, and she had creative ideas, but rather than talking about them or making suggestions, she often just went ahead and did them, with no regard for how her actions might affect others. That antagonized people.

I overheard Carol tell Norma, “I can’t believe how shabby everything looks”—ignoring, or perhaps not seeing or not valuing, Norma’s never-ending work. They were sitting in the garden Norma had planted and tended.

Norma listened politely. That’s her. She listens, thinks things over, and tries to find the good. But her feelings were hurt.

Later, Norma and I talked, and I saw she was upset.

“The worst thing,” Norma said, “was that Carol didn’t even seem to know who I am. I’m a hard worker. I’ve given many years to this project, but Carol thinks I’m lazy and incompetent. She was so angry, I started to wonder about myself. Maybe I am incompetent! Maybe I’m just no good.”

I gave her a hug.

Individually and collectively, we need to learn when and how to speak, listen, and get along with others, and especially how not to take things personally.

“You know how they say everybody is a critic, Norma?” I said. “You just ran into a specialist. Don’t take it personally; Carol is really talking about herself. I think life has been hard on her lately.”

Norma is the kind of person who picks up on things, the thoughts and feelings of the people around her. It’s a gift, but it makes her vulnerable. Sometimes the feelings of others come into her head so loud she can’t hear her own thoughts. But she’s no pushover, either, and when she recovers from Carol’s poorly chosen words, she will push right back.

Carol’s ideas are brilliant sometimes, but her manner can be offensive. She assumes she will not be heard, so she uses strong language to make people pay attention—but instead they shut her out. People don’t listen to her because she riles them up and they can’t hear what she says; they hear only how she says it.

Individually and collectively, we need to learn when and how to speak, listen, and get along with others, and especially how not to take things personally, as written by Don Miguel Ruiz in The Four Agreements.

The “four agreements” are: