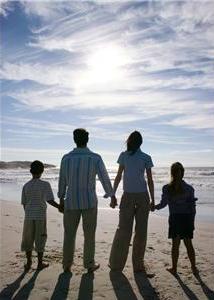 Forgiveness is a significant part of my work with families and couples. Individuals have a difficult time forgiving themselves for behaviors they legitimately have ownership of and for events they have little control over. Forgiveness for other family members can be equally difficult, particularly when fidelity or addiction become the principles at play.

Therapists should consider using natural tools in helping families and couples get through matters that can be deal breakers. These supports should be incorporated as much as possible into the work. Usually, I exhaust these avenues prior to engaging in formal intervention as a means of moving the work forward and to get a better understanding of what direction to take in helping the family overcome the presenting problem.

I subscribe to the idea that focusing on the historical can be a tricky path and can create greater distress and conflict if the timing and method in resolving past grievances are not in line with how the family operates. However, many families cannot get beyond the historical because of our natural tendency toward justice. I think it is healthy to want justice; it is indicative of self-worth and demonstrates an acknowledgement that relationships should be reciprocal. If we don’t provide family members with the capacity to meet this need, the interventions we attempt to install have a greater potential not to work because one or more members may be too angry or caught up in past events to even consider them.

Looking at Faith and World View

I think most faiths and philosophies acknowledge our propensity to screw things up. Fortunately, they also provide avenues for people to make amends. Throughout my graduate training and for about six years after, there was a big push to include faith as part of the assessment process. Little direction was given on why this was important or how this information could be used; we were just expected to ask whether a person had a belief system and how engaged they were to it.  In other words, we were sort of asking the right questions, but only once, and the data obtained from that process were seldom used.

It is important to acknowledge that the belief system someone in therapy comes to is the result of a process put into play long before he or she ever walks through our door. Belief systems provide therapists with a substantial source of information on how people operate and how they view the world and their role within it. If families strongly identify with a belief system, therapists should ensure that interventions and the rationale in using them fit within that context. It can make the intervention more acceptable to the family, and as a result, more effective.

If a family does not subscribe to a theologically or philosophically based belief system, I find it helpful to conduct sessions that engage families in constructing a world philosophy. One session may involve creating a hypothetical society and questioning the basis or logic members use in coming up with laws, norms, and a form of justice.

Explaining interventions from and adjusting interventions to the framework should be the next step after the data collection process. Therapists will do a service to themselves and the people they work with in asking the following questions:

“Does the theory, set of theories, and pool of interventions I plan to work from have a rationale that mirrors, in some fashion, the family’s belief system?”

“How can I adjust any of these to be a better fit?”

“How can I reconcile any contradictions between the two in a way that accommodates the family while maintaining efficacy?”

The answers to these questions should be an integral part of the narrative in explaining the purpose of the intervention and should also be reflected in their application. Asking the family for feedback on how interventions could make more sense is also an effective method of tailoring the work to meet their needs.

The Concept of Time

Therapists, in our desire to push for progress, can ignore the greatest resources at our disposal. Sometimes, families can get to the point of forgiveness on their own and may simply need tools and resources to help regulate the distress the grievance is causing them. These tools can serve the purpose of stabilizing the family situation until members reach the point when the natural process of reasoning and desensitizing their way out of it begins to occur and more substantial work can take place.

This appears to be a simple concept, but the application can be difficult for therapists seeking to enact quick change in how the family resolves an issue. Time is a concept I discuss often with families as a necessary part of forgiveness; I find that it takes the pressure off myself and families and allows everyone involved to focus more on the process to change versus the change itself—the latter probably being unrealistic in a few sessions.

It is important, I believe, for family members to understand the process surrounding the issue that drove the behavior that is now in need of forgiveness. Addiction work offers some great examples in this arena. In explaining the natural process of addiction, the natural stages of recovery (emphasizing relapse), and speaking to the 12 steps, I find families get a better understanding of what to expect. Additionally, I find the grievances become a bit more depersonalized and are viewed more as a symptom of the disease than a reflection of one’s love or loyalty to other family members.

Family systems theory is also a good framework from which to speak when a member of the family has a mental health condition. Therapists should be clear that what is being offered is not an excuse for the behavior, but a framework through which to understand it. This does not add to or take away from the individual’s responsibility in making decisions.

All families that I’ve worked with (and I’ve worked in some pretty intense settings) have demonstrated resiliency at some point in time. This resiliency is the sum of internal character strengths of individual family members, strengths within the immediate family system, and natural supports outside the family (extended family, friends, clergy, etc).

The job here involves helping family members to utilize these supports to cope with the current situation while identifying the part of it that didn’t turn out so well. For example, an aunt may be a great resource in helping the family “make sense of this stuff” but may also be a stressor due to the inclination toward triangulation. The good is her support; the bad is the triangle. Helping a family negotiate accessing this support in a way that does not cause triangulation is an example of strengthening an asset for later use that does not compromise the family’s therapeutic goals.

Natural strengths and supports should also be identified and applied to interventions around forgiveness. Having a strengths inventory of each member, the immediate system, and the larger system can go a long way in buying time and getting to a resolution.

The purpose of this article is not to de-emphasize the use of formal interventions in helping families get through past grievances, but to demonstrate how they could be enhanced through the use of material that is already available. These concepts can serve us well not just when working on forgiveness, but in almost every issue that a family presents.