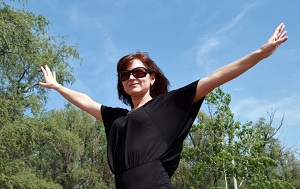 When it comes to your divorce, the very idea of forgiveness might feel impossible or even incomprehensible. You might ask yourself, “Why would I ever forgive someone who hurt me and ruined my life?” The answer is that just as anger and resentment feel empowering and often illusively relieve the pain of rejection, forgiveness can mistakenly feel like your pardoning your ex’s actions, or letting him or her off the hook. The truth is your anger and resentment create suffering, and your inability to forgive can keep you stuck.

Your ideas of forgiveness probably come from beliefs instilled in you early in life, and through messages you picked up from society and the media. Most likely, your definitions are distorted, making it impossible for you to even consider the “F” word. Your ability to forgive is an essential life skill that eases stress, increases happiness, and allows you to let go of the feelings that hold you back from living a fulfilling life. Understanding forgiveness and redefining how you perceive the act of forgiving is an essential part of moving on from divorce.

Here are five forgiveness facts to help you begin to let go and move on:

We all have ways we expect life to be, and when things don’t go as planned, it’s our nature to wish for things to be better, different, or more. However, it is a universal truth that people, situations, and circumstances don’t always work out how we want them to. Instead of objecting to the way life is, try practicing forgiveness and strengthen your capacity for acceptance of what has been put in front of you to overcome.