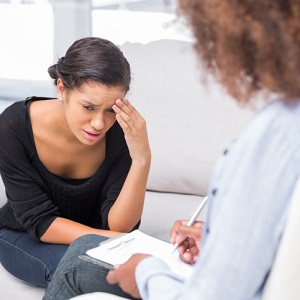 Anxiety issues make up the most common group of mental health conditions in the United States, with 40 million American adults—or about 18% of the population—experiencing anxiety in any given year. Obsessive compulsion, panic, posttraumatic stress, generalized anxiety, and social phobia are all examples of anxiety disorders. Among people who experience such a disorder, social phobia is the most common, with 15 million people experiencing this condition each year.

Mood issues undermine a person’s ability to regulate mood. About 9% of the adult population, or 21 million people, experiences a mood disorder such as depression, bipolar, or dysthymia each year. Depression is the most common mood disorder, affecting almost 15 million people every year. It is also the leading cause of disability among adults.

Substance abuse can lead to addiction to substances ranging from alcohol to illicit drugs. About 23 million Americans experience an addiction each year, with only about 10% receiving proper psychological and medical treatment.

If you or someone you know is experiencing any of these common mental health issues, help is available. Find a therapist near you on by searching the GoodTherapy.org Directory.