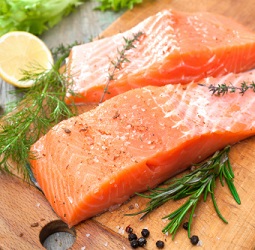 Alcohol abuse carries many risks, and chronic alcohol abuse can lead to a heightened risk of dementia and brain damage. For those struggling to kick the habit, brain damage can be a scary prospect, and may even cause people recovering from alcohol abuse to believe that the damage has been done, quitting just isn’t worth it. People who have given up alcohol abuse or are trying to do so may benefit from fish oil, which a new study suggests can help reduce alcoholism-related brain damage.

Alcohol and the Brain

Small quantities of alcohol may benefit the brain. For example, one study found that a compound in red wine could improve memory, and a host of studies have shown that moderate drinking can reduce the risk of age-related cognitive problems. Moderate drinking is defined as no more than one drink per day for women and no more than two drinks per day for men. Among those who abuse alcohol, though, the daily alcohol dosage greatly exceeds this recommendation, potentially damaging or killing brain cells.

This research strongly suggests that fish oil may have a protective effect in the brain. Research on rats doesn’t always pan out, since rat brains aren’t identical to human ones, but previous research has found that DHA can reduce inflammation in the body. Researchers have also uncovered numerous brain benefits to taking DHA, including better brain development in babies and a reduced risk of Alzheimer’s in adults. DHA is found in fatty fish, such as mackerel, tuna, and salmon, and in low doses in eggs and meat.