Being Happily Unmarried Before ‘Happily Ever After’ 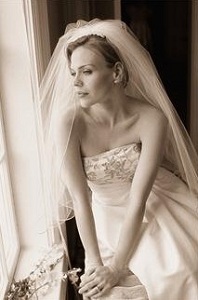 People who have never been married may long to walk down the aisle, beginning an adventure that works out for about half of them. But according to Rachel Keith, a graduate student in education from Wichita, Kansas, being happily unmarried should be the first step in the road toward marriage. Too many people believe getting married will solve their problems or, worse, make them happy when they weren’t before, Keith said.

Daniel Gilbert, a professor of social psychology from Harvard, said that people who are married tend to be happier than single people — but not because they are married. Gilbert said that happiness, whether marital or single, is the result of having happy and good relationships with others. In other words, if a couple is unmarried and unhappy, getting married is not going to change that. Keith notes that this is true for her as well. In her long-term relationship with her boyfriend, happiness peaks when they engage in new activities, but drops to normal levels when the novelty wears off. This does not indicate problems, but rather that their relationship is prone to spikes and dips, like all relationships.

Keith knows that as long as she and her boyfriend stay above the red line on the happiness meter, adding a marriage certificate won’t change their dynamic in the long run. Sure, it may spike for a little while, but eventually everything that goes up comes down to some extent. Keith believes that the key to future happiness is finding happiness with your present situation, with or without a wedding ring. “Not reaching that point sooner can wreak havoc on our nuptials later,” she said. Ultimately, marriages are meant to enhance love and happiness, not create it where it doesn’t exist.