A Moment of Clarity: Fear vs. Faith in the Therapeutic Process, Part II 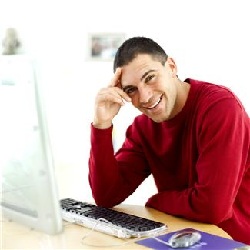 This is the second part in a series.

We met two or three times during his stay in rehab; I encouraged him to follow the program, praising his courage in agreeing to treatment. He believed, sincerely and with much relief, that not smoking for 30 days was a good idea. But he expressed anger towards his family, mom especially, for the intervention, and resentment towards the treatment center, for being “so ridiculously expensive.” I detected some resentment towards me, perhaps for recommending an interventionist in the first place. Stan denied it, although I was skeptical, as he had trouble expressing anger and had a strong need to please (the flip side of rebellion).

But what most concerned me was his disparagement of the 12-step philosophy: he said he found AA and MA’s total abstinence policy “ridiculous.” He had every intention of drinking with his friends, perhaps even smoking pot again, to prove to everyone he could control it, especially those who had doubted and humiliated him by forcing him into rehab. My internal alarm bells started clanging.

Let me add something which contributed to the counter-transference I felt upon hearing all this, which might be paraphrased this way: Dude, are you nuts? Your family just dropped thirty grand on rehab and you want to go smoke? In rehab my colleagues and I viewed addiction in very black and white terms. You’re either an addict or you’re not. You’re either ready to be sober or you’re “resistant.” You either accept your condition or live in denial. Period. Such black and white framing, I now think, is partly to relieve our own anxiety about clients who wrestle with ambivalence, forcing us to wrestle with uncertain treatment outcomes. We want to be helpful, and effective, and stem the damage caused by addiction. We fear for our clients and soothe our fears with recovery slogans such as “oh well, he’ll be back” or “guess we need to help someone who wants help,” or “on to the next,” a safe way of gaining distance from situations that scare us.

This, however, was a different scenario altogether. First of all, rehab was a 30-day program, and this was long-term private practice. Stan and I had established a relationship—fragile, perhaps, given all that had happened. But upon hearing statements like the above, I became torn between my own concern for his well-being, anxious that he might be heading down the same destructive road again, versus and my intuition that maybe all he needed for now, maybe, was a safe place to be himself, without feeling judged or forced to assuage an adult whose anxiety was impinging.

But was that really enough? Didn’t he need oversight, structure, strong guidance, in this time of crisis? Period, end of story? In short, the lad needed help! “Darren,” my supervisor said, “You’re talking about him like he’s five.” She reminded me, above my protestations, that he would have to make his own choices, face the resulting consequences and, in 12-step language, “hit his own bottom.” Or, as one will sometimes hear in al-Anon, “He has his own higher power.” Aided by my supervisor’s calm, it dawned on me how my own anxiety had clouded my perspective, that I was a tad too eager to “rescue” him from a horrific fate—to appease my own concerns about him, as well as to soothe my own insecurity as a new clinician, and to please Stan’s anxious mom (who was paying for his therapy, and whom I empathized with) and the referent, a highly respected psychiatrist in the community.

But my relationship was with Stan, not his mother, psychiatrist, or my colleagues at the rehab who might not “approve” of the subtler approach I felt I had to take. He had put his trust in me, in our relationship and in the process…and I sensed that his bruised, easily-shamed self needed safety and acceptance, not another “pep talk” on the wonders of recovery, no matter how neutral or caring it sounded. Could I truly provide for him, perhaps for the first time, a chance to express his emotions freely, without the pressure to please an anxious adult? Besides, I was often imploring my clients to “trust the process.” What about yours truly? Physician, heal thyself! And so I took a deep breath (don’t forget to breathe) and showed up to our next session with an open mind and a genuine curiosity about what was happening with him.

He told me that he’d smoked again. He glanced at me, awaiting a reaction. I said, with mild curiosity, “So how was it?” He said it was…well, sort of relaxing, but he wanted to make sure it didn’t get out of hand again. I wondered for whose sake he’d said this, observing what appeared to be a lurking apprehension on his part. After a few brief exchanges I said, “You really want to find your own way with this, don’t you. On your terms, not someone else’s.” He looked at me, almost surprised. “I do.” “And if you make the right decision, or the wrong decision, you want it to be your decision.” He smiled sheepishly and replied, “That’s what I’ve been saying all along.” “Yes,” I said, “and I want to make sure I’m really hearing it.”

I began inquiring about the intervention—wondering, perhaps, if he’d felt it as a giant imposition, an ”uprooting” similar to the one felt before, when his mother moved him and his sister to Chicago. I wondered if he even felt ganged up on by a bunch of adults. Including his own therapist. “Well yeah, a little. But only because the rehab was so friggin’ expensive.” He paused a moment, then said, “I’m tired of people telling me what to do.”  “Sure,” I said, “it gets old I’ll bet. Though I wonder if those ‘people’ include me. After all, I referred your mom to the interventionist. Plus I kept pushing the 12-step stuff on you.”

He chuckled awkwardly, then said, “Well yeah, all that kind of pissed me off. A little. But I would’ve done the same thing. I mean I really checked out, I didn’t show up, didn’t call you. I totally checked out, man.” “I know. It worried me,” I said. “Though I really didn’t want to drag your mom into it.” Then I said, to my own surprise, “I guess I felt a little stuck.” He nodded. “Me, too.” I asked what it was like to have this conversation. He exhaled and said, “A relief.”

Near the end of that session, we explored the notion that perhaps my role, post-rehab, was to support him in making his own decisions and simply seeing where it took us. “Sounds good,” he said casually, with his usual understatement. Of course, I stated I might feel it important to point out my concerns, should his smoking again become destructive. He unequivocally agreed. In a subsequent session, I asked what he believed any “red flags” would be concerning his pot and alcohol use. He said poor grades or loss of his apartment or job would definitely qualify; anything that blocked his moving ahead with his life. I said, in regards to weed, “I guess we’ll just have to keep an eye on it, then, and see what happens.” The work, I believed, had become more collaborative. He’d stretched in becoming more vulnerable. And so had I.

A year later, Stan is maintaining a 3.8 GPA in school, holds a job, and has an apartment. He still struggles with anxiety and closely monitors his occasional pot use. He worries intensely, like many young adults, about his future. He wavers between wanting to rely on others for support (including me) and making his own way. But he attends regularly and even pays for it—we worked out a fee he can afford. So his process is now his, with all the freedom and responsibility that implies and with the collaboration, not the control, of his therapist.

My way of working with clients who struggle with addiction continues to expand. Each person needs something different. Some clients have started AA and respond well to my strong suggestions to attend their meetings, find a sponsor and work the steps, and so on. However, I have discovered that, unlike the majority of those I saw in rehab, the problem often comes in shades of gray. Is it an addiction or a bad habit? Is it a way of coping that be substituted or has it a life of its own?

Most importantly, what does it mean to the client in question? In Stan’s case, smoking was both an assertion of freedom and a way of “hiding out” from life—and was, he admitted, frighteningly out of control. Yet the more the adults in his life demanded (subtly or overtly) that he stop, the more he rebelled. In a way, it was a means of differentiating himself from a dysfunctional family system that was both smothering and neglectful (mom and dad, respectively). You might say it was a solution that became its own problem.

But now Stan sees that he is responsible for the choices he makes; he feels he is choosing rather than reacting. I call it like I see it, but I’ve learned that he needs more help being forgiving and flexible with himself than being “tough.” And so I try to align myself as an ally, to work with him rather than at him, seeking supervision and support to understand my own “stuff” which inevitably arises in the course of this challenging and wonderful work.

Related articles:
A Moment of Clarity : Fear vs. Faith in the Therapeutic Process – Part 1