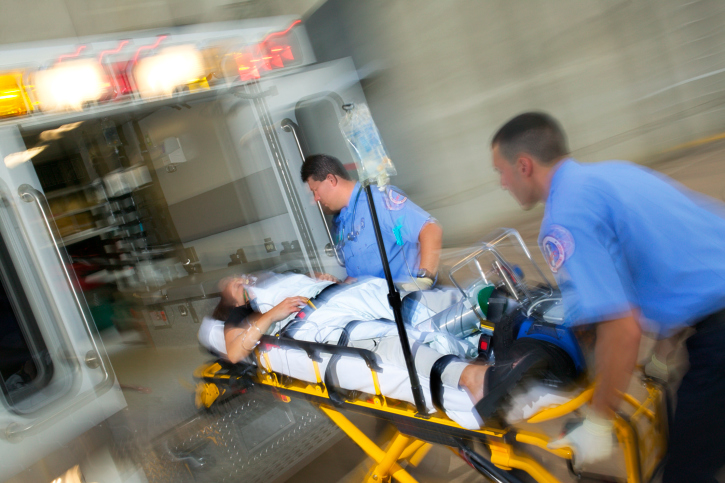 Every year, nearly 600,000 people in the United States experience cardiac arrest—a sudden disruption in the heart’s electrical system that can cause the heart to stop beating. In 2013, only 9.5% of people who experienced a cardiac arrest outside a hospital setting survived. Prompt medical attention and CPR can increase the survival rate, so even a slight delay in seeking help can prove deadly. According to a troubling new study, though, many Latino people avoid calling 911 during a cardiac episode because they are afraid of the police.

Could Fear of the Police Increase Cardiac Arrest Deaths?

Dr. Comilla Sasson of the University of Colorado School of Medicine, the study’s lead author, wanted to explore why some Latino people delay or avoid calling 911 during a cardiac episode.

Sasson’s research team interviewed residents of mostly low-income Denver-area Latino neighborhoods, asking about why residents were reluctant to call 911 or to offer CPR to cardiac arrest victims. According to Sasson, rates of cardiac arrest are higher in low-income neighborhoods, and the likelihood of a bystander intervening and offering CPR is lower. Most respondents listed fear of police as their primary reason for not calling 911. Among undocumented immigrants, in particular, fear of the police is high, since an arrest could mean weeks spent in a detention center followed by a deportation that separates them from their family.

Some myths about medical care also reduced the likelihood of a Latino neighborhood resident calling 911. Some respondents believed ambulances have to be paid for upfront, a practice that is common in Mexico. Others reported not recognizing the symptoms of cardiac arrest and being unfamiliar with CPR. Some reported fears that if they offered help, their assistance might be misinterpreted. And many emphasized that language barriers undermined their willingness and ability to seek help.