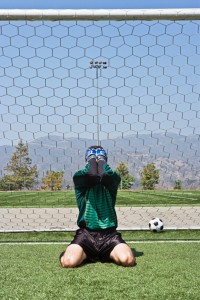 Failure is never easy, especially when it pertains to the areas of life one is invested in. At the same time, it is an essential experience, as it can teach important lessons that cannot be learned in any other way. Many professions accept failure as an important component of growth. From science to business to sports, much has been written about the importance of failing.

When it comes to children and teens, failure is far less easy to accept. Expectations for what children should achieve are higher than ever before. The application process for K-12 private schools in New York City is nearly as competitive and strenuous as the college application process was 20 years ago. Children are not only expected to get straight As from an early age, they are also often saddled with a full schedule of extracurricular activities as well. Anything less is often seen as unacceptable.

This added pressure may come with a steep price, especially as children move into later adolescence and college years. Suicide among people ages 15 to 24 has increased by 16% over the past six years, according to the Centers for Disease Control and Prevention. College counseling centers have seen a precipitous climb in demand, and almost half of the students seen in these settings are diagnosed with severe psychological disorders, an increase of 13% over two years.

Are all of these developments directly related to difficulty with failure? While the answer is not entirely clear, it does make sense that the added pressure of getting into exclusive schools and standing out from the crowd has made children and parents more anxious. Because the stakes are higher and the competition fiercer, failure may feel more devastating and painful than it once did.

To help illustrate how high expectations can cause undue amounts of stress and feelings of inadequacy, I would like to discuss a person I work with who I will refer to as Stanley (not his real name).

As the only boy in the family, Stanley was expected to follow in the footsteps of his father, a highly successful surgeon. Report card days were the most stressful, as anything less than an A was met with disapproval and shame. The few times he got an A- or B+ (which happened rarely), he was silently admonished and treated as if he had let the entire family down.

To avoid this experience, Stanley would lock himself in his room with his books. Unlike many of his friends who had strong relationships at school, Stanley was mostly isolated. While he was able to achieve a high level academically, he felt troubled on the inside. Deep down, he knew he didn’t want to follow his father’s career path, but he was afraid to admit that to anyone, even himself.

Because the stakes are higher and the competition fiercer, failure may feel more devastating and painful than it once did.

Stanley’s world turned upside down when he went to college. His good grades got him into a top school, but early in his time there he became deeply depressed. His inexperience making friends made it hard for him to connect with others, and simultaneously, he began to realize that the medical field in general was not for him. He quickly lost all motivation to go to class, and his grades suffered. He was suddenly on the verge of failing, which sent his parents into a panic.

It was at this time I met Stanley. The new experience of failure was front and center in our discussions. It seemed as if the weight of the world was on his shoulders. Not only did he feel his life was in shambles, but that he had disappointed his family.

As the feelings that were coming up were processed more, his true self began to emerge. Eventually, he was able to admit to himself that he did not want to become a doctor, and he started to consider other areas of study that perked his curiosity and interest. In time, he realized that technology fascinated him, and a new direction in life opened up.

Because Stanley was allowed to struggle and process the feelings associated with that struggle in therapy, he came to know himself in a deeper way. While it certainly was not easy, this experience provided him with valuable insight, and when the dust settled, he had become a stronger and more resilient person. Eventually, he was able to build a life that felt like his own for the first time, and he came out the other side with more confidence.

Stanley’s story is living proof of the old saying, “What doesn’t kill us makes us stronger.” Failure is an essential process everyone—young people especially—must go through. As long as young people and their parents are able to process the difficult feelings failure brings up, whether with each other or in therapy, powerful and long-lasting lessons can be learned.