Facebook Emotions Are Contagious, and Other Mental Health News 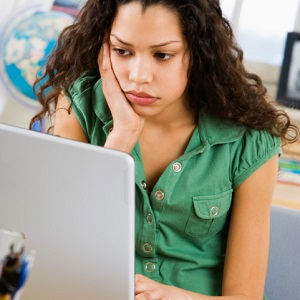 Whether it’s the stress of a hard day at work or the exhilaration of a new baby or engagement, people regularly turn to Facebook to share emotional news. A new study of 689,003 randomly selected Facebook users suggests that emotions can spread from one Facebook user to another.

Previous research has shown that others’ emotions are contagious in person; you’re more likely to be in a bad mood after spending time with a person in a bad mood. But this study is the first to demonstrate the same effect online.

Without reading the actual content of the posts, researchers analyzed language in more than 3 million Facebook posts, then labeled the post as either positive or negative. They found that people’s emotional state on Facebook was a good way to predict their friends’ emotions on Facebook, even several days after an emotional post.

Executive functions enable you to plan your day, analyze complex information, and adjust your behavior to account for changing psychological states. According to a brain imaging study, people who receive early musical training may have better executive functioning than people who don’t.

Researchers compared the brains of 15 musically trained children to 12 children who had not experienced musical training. The musically trained children did better on tests of executive functioning. On functional magnetic resonance imaging (fMRI) scans, children with musical training showed more activation in areas of the prefrontal cortex thought to be associated with executive functioning.

Weighing Effects of Lots of Structure vs. ‘Free Range’ Parenting

The debate between so-called helicopter and free-range parents often grows contentious, and a new study suggests that parents who offer less structure may be doing their children a favor. Researchers looked at parents’ reports on the activities of 70 6-year-olds, and then evaluated the children on skills associated with self-directed executive functioning. The children who had fewer structured activities were better at setting their own goals and managing their time without adult supervision or nagging.

In response to numerous mass shootings, many pundits have argued in favor of limiting gun rights for people who might become violent. Such a measure would require doctors or therapists to report potentially dangerous patients and clients. But new research suggests such a measure might not work.

A survey of 222 North Carolina physicians found that more than 20% had been asked to sign competency forms to help patients obtain guns in the past year. The doctors overwhelmingly reported that such measures make them uncomfortable and that there’s no objective way to measure whether a person is competent to carry a weapon.