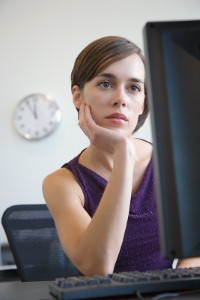 Social networking websites such as Facebook, Twitter, as well as other means of electronic communications such as texting, are no longer the wave of the future: they are the here and now.

Online dating is one of the most popular ways of meeting people and dating these days. We get to weed out people we are incompatible with by really getting to know them online, and then add in the last senses of touch and smell if and when we decide to meet someone in person. This is actually an old way of developing connections. Pen pals, and dating long distance where phone conversations and letter sending were the only means of communication for soldiers in war, or migrating families, has been widely accepted for decades. It’s no wonder social networking has become our wave of today.

Social network sites are convenient and fun. People can reinvent themselves, come up with new identities, post favorable pictures of themselves and thereby rediscover or create facets of themselves they never felt comfortable expressing in person. As a therapist, I believe there are extremely beneficial aspects to social networking and online dating. For people suffering, for example, from low self esteem or lack of confidence; for meeting up with old friends, maintaining relationships with new friends, connecting with colleagues, advertising your business, you name it – there are many positive sides to social networking, and almost everyone has a Facebook page.

Checking people’s Facebook pages has become a pastime for many. This may be fine in small doses within a pro-social context and used for good, such as to send someone a message or engage in lively chatter. But too often seeing what others are up to on Facebook is a slap in the face, leaving people feelings jealous, envious, doubtful and depressed. It’s high school all over again. And, why would we open ourselves up to this?

So while meeting people online can be fun, there is a painful repercussion. And this can be detrimental, when it comes to breaking up.

Breaking up is never cut and dry. From ending a simple friendship to the dissolution of a complex relationship, breaking up these days takes on a whole other new level of disentanglement. Sure, we give the clothes back, the pictures back, the books, the records, we divide property, we divide children, friends, assets, the business, you name it – but what about that Facebook friendship? Do we delete them? Do we block them? What is appropriate protocol during a break up?

No. Not necessarily. In many cases there is the healing period. This is the time where each individual who has decided to move on, needs time and space to move their brain and muscle memory out of that relationship. You divided up all your belongings. You wouldn’t want to drive by their house everyday, would you? Well, you might if you were stalking him/her, and not over the relationship. Stalking is actually common. Whether it happens after a breakup or during the relationship does not matter. And let’s face it, Facebook allows stalking to happen that much easier. We stalk because we are so used to being in that relationship, it truly feels weird to not be with them anymore. The thing to keep in mind is, however, that just like driving by their house or place of employment, or seeing them out at a public place would set you back a few steps, if you really do want to move on, you would do so only when you absolutely had to, such as with children or other assets and belongings. Those instances are never easy. Many people look to them with anxiety, fear or panic. Checking their Facebook page does the same. It keeps you locked in the relationship emotionally. In today’s day and age of Facebook stalking, breakups are less cut and dry than they ever were.

You can set boundaries and limits with yourself and see if this works for you, but are you going to get upset, even if you are good friends, if you see a picture of their new boyfriend/girlfriend at what was once your favorite restaurant? Chances are you will. And, if you are too afraid of being rude, well then simply block them. They will never know the difference. Do it for yourself. Stop the indulging before it gets the best of you.

I recommend severing the Facebook ties at least during the period of healing. This could be for 6 months or a couple of years, depending on the depth and importance placed on the relationship. This won’t be true in all relationships, but in those relationships in which we feel we need the most healing, this is probably a wise step to take.