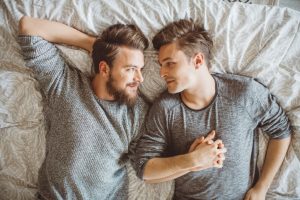 In my therapy practice I see a number of men who struggle with erectile dysfunction (ED), a majority of whom are also contending with anxiety and shame. Most of the issues of ED are secondary to other issues in a person’s life, problems that may include attraction, misunderstood sexual desire, and mood-related concerns, to name a few.

Nearly all of the individuals I work with face a personal struggle that appears to stem from cultural and social expectations. Erections are important to men. In fact, we often use them as a measure of manhood, and sexual performance is often filled with meaning, emotions, expectations, and assumptions. These social expectations can become extremely powerful when a person has ED. Many men end up avoiding sex altogether because it becomes so shaming for them. It may be challenging for some to find the motivation to try different treatments and exercises when they are not convinced they will see positive results. This lack of motivation can lead to ongoing avoidance, which may create a vicious cycle.

Cultural Rigidity Around the Idea of Sex

As I stated above, I have found that many men with ED choose to abstain from sex entirely, in order to avoid shame and other feelings associated with being unable to live up to cultural expectations of sexual acts and performance. Men in particular may be held to certain expectations of performance, virility, desire, and so on. When they don’t live up to this script, symptoms of ED often get worse, which may have further negative effects.

But sex is more than just one certain physical act, and there are any number of ways that people can engage in sexual activity. Sex often connects people emotionally, and for many it holds a great deal of meaning. It can be even more expansive when one also considers the physical aspects of sex: Physical intimacy can include various types of touch. Genital touch is one of these, but sex is not strictly limited to this form of intimacy.

So, then, why is it so common that ED issues prevent men from having sex altogether? I believe it is not because they are actually unable to have sex but because they feel as if they are unable to do so. This belief may stem from personal experiences, but it can also develop as a result of the pressure of social expectations, which may lead some to feel so ashamed that they are unable to consider other options.

Shame, in part, occurs as part of a struggle to separate ourselves from a situation, problem, or outcome. Almost all of the men who come to me seeking therapy for ED are actively struggling with this separation. In other words, they believe they are the problem they are having. They feel shame because their erectile “failure” tells them they are a failure.

This struggle has to be validated in treatment because it is based in a level of reality. Many people in our society may find it challenging to separate sexual outcomes from who a person is. This reality can immobilize some individuals to their core, causing them to experience relationship problems, work-related issues, and an increased risk of depression and anxiety. These outside issues often have the effect of further increasing stress, which can further worsen ED-related issues

Therapy for ED, then, is usually more expansive than the issue itself. In the beginning of therapy, it can often seem like we’re not directly dealing with the presenting issue at all. This is because we’re de-emphasizing the focus from remaining on one part of the body.

A broader focus is important because sex is so much more meaningful than that part of the body. Men who struggle with erections are just as worthy of having sex as anyone else. Sex with penetration can be wonderful, but sex without penetration can be an equally wonderful experience. By broadening the definition and expectations of sex, we open the door for a person to have successful sexual experiences, even if there is an erectile failure.

It is often in this broadening that men begin to build a foundation from which they can effectively address their issues. The prior space may have been too heavily focused on the negative experiences associated with ED. While this understandable, it almost gives the issue so much power that there is nowhere for the negative energy to go. Thus, this negative energy remains bound in the confines of the problem, which is held tightly together by shame. Once individuals begin to develop the understanding that their sexuality does not hinge on erectile failure or success, they are often able to build increased shame resilience. This increased resilience often leads to erectile success without unnecessary or intense pressure.

Men with ED who have a goal of overcoming it should by no means give up on this often-achievable goal. I believe that a counterintuitive focus can be extremely helpful to men who have ED. What I mean by this is that they should focus less on the issue. I encourage them instead to develop an understanding of the intensity of their focus. Creating an understanding about what is preventing their progress can also be beneficial, as it can allow them to experience sexual pleasure while working toward their goal of increased erectile success.

Sex can be fun, pleasurable, and connective. And, contrary to popular belief, it does not require an erection.