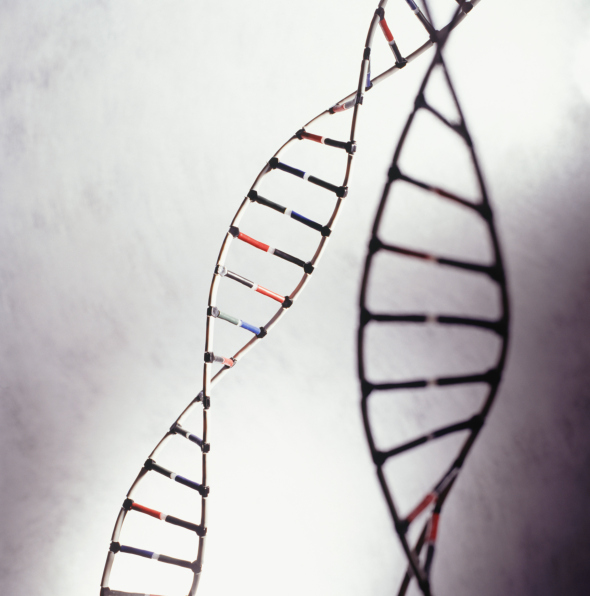 The nature vs. nurture debate is well over a century old, yet that question still makes many scientists and psychologists wonder today. Which impacts people more: environment or genetics? Recent scientific discoveries suggest the two may impact each other in different ways.

Biologists originally believed the DNA passed down to offspring remained unaltered, regardless of environment. Scientists are now learning this may not be the case. According to epigenetics, your environment can modify your genes as well as those of your future children and grandchildren.

Epigenetics is the study of heritable changes in an organism that are caused by modification of how genes are expressed rather than altering the genes themselves. If you think of life as a movie: the DNA sequence is the script and epigenetics is the director, choosing which scenes to cut and which to play out. Here’s how it works:

Chemical tags called methyl groups serve as placeholders and attach to the DNA in each cell in order to select only the genes necessary for that specific cell’s proteins. Methyl groups attach to the genes but remain separate from the DNA’s double helix, signaling to the body which genes to use and which to ignore completely. This means that depending on environmental exposures, your gene expression can be altered in a way that affects your behavior, personality, and resiliency to stress and disease.

Here are five ways that your environment (or the environment of your ancestors) can modify your genes:

Whether your grandparents had a negative childhood or a nurturing one could affect your personality. Their experiences alter the epigenetic expression of genes in your brain, meaning you could inherit their anxiety or their resilience.

Studies on rats have revealed how this process works. For one study, researchers Moshe Szyf and Michael Meaney selected mother rats who were either highly attentive or highly inattentive. Once the offspring reached adulthood, the researchers examined their stress responses.

The rats born to inattentive mothers were found to have highly methylated genes regulating glucocorticoid receptors, which serve to regulate stress hormones. In the rats with highly attentive mothers, these genes were rarely methylated. The methylation of these genes in the rats born to inattentive mothers prevented the normal amount of glucocorticoid receptors from being transcribed in the hippocampus—a structure in the limbic system of the brain that is critical for memory acquisition and stress response. As a result of the high methylation, these rats grew up with highly nervous temperaments.

The last experiment sought to prove the epigenetic changes were a result of the mother’s behavior and not simply co-occurring. For this phase of the experiment, researchers took another litter of rats raised by inattentive mothers and gave them trichostatin A, a drug that removes methyl groups. The brains of these rats showed no epigenetic changes. The rats had normal temperaments without any behavioral deficits usually seen in the offspring of inattentive mothers.

According to behavioral epigenetics, the traumatic experiences of your ancestors can leave a mark on your genes, meaning you could inherit a predisposition to depression, anxiety, or other mental health issues due to the trauma or neglect your grandfather suffered as an infant.

A recent lab study at Emory University in Atlanta, Georgia regularly exposed male mice to the chemical acetophenone—which has a sweet almond-like smell—before giving them a mild foot shock. After days of repeated exposure, the mice became fearful when exposed to the smell—even when they received no electric shock. Ten days following this phase of the experiment, the mice were allowed to mate with unexposed females.

Both the children and the children’s offspring (the grandchildren of the exposed mice) were more sensitive to acetophenone than other odors and were more likely to be startled by unexpected noises during exposure to the smell. Furthermore, all three generations of mice had enlarged ‘M71 glomeruli,’ which are structures in the nose that connect with the acetophenone-sensitive neurons in the olfactory bulb. This type of genetic inheritance serves an evolutionary purpose, as it can prepare offspring for potential environmental threats.

3. Your Grandmother’s Diet Could Affect Your Health

According to epigeneticists, dietary choices can affect more than just personal health; they can alter the genes of future descendants.

If you think of life as a movie: the DNA sequence is the script and epigenetics is the director, choosing which scenes to cut and which to play out.Scientists in Cambodia have linked the early onset of type 2 diabetes in the country’s young adults to their mothers’ starvation. Those conceived and born during the Khmer Rouge regime—between 1975 and 1979—have unusually high diabetes rates. In the four years that the Khmer Rouge ruled Cambodia, as many as 2 million people died from execution, starvation, and disease. Cambodian scientists believe the exposure of the fetus to the mother’s starvation may have had an epigenetic effect, altering the mothers’ DNA in such a way that it could affect the DNA of their future offspring as well.

Other studies have yielded similar findings. A study at Duke University revealed that mouse clones implanted as embryos in different mothers had fundamental differences in weight, fur color, and risk for disease depending on what the mother was fed during pregnancy.

Another study at the University of Groningen, The Netherlands demonstrated several ways in which nutrition altered the epigenome of many different animal species, including adult humans. The research indicated that the diet of adult humans could induce changes in all cells—including sperm and egg—all of which can be passed down to offspring.

4. Your Parents’ Environment Can Genetically Predispose You to Mental Health Conditions

Neuroscientist Eric Nestler subjected male mice to 10 days of bullying from larger, more aggressive mice. By the end of the 10 days, the bullied mice were more socially withdrawn.

Nestler then tested to see if this trait would be inherited in the next generation. He bred another group of bullied mice with unaffected females and kept the bullied mice from meeting their offspring. Even though the mice had no social contact with their depressed and socially withdrawn fathers, they grew up hypersensitive to stress and with a significant predisposition to depression.

5. Your Parents’ Economic Status Can Alter Your Gene Expression

In 2011, Szyf examined the blood samples of 40 men for markers of epigenetic methylation. All of these men had at some point in their lives either been extremely poor or extremely wealthy. He examined the methylation of 20,000 genes, and he found that 6,176 of them varied significantly based on economic status.

His study also revealed that these genes were more than twice as likely to show methylation changes if the economic status occurred during early childhood rather than in adulthood. This suggests that if your parents hit a windfall or went bankrupt when you were a toddler, it is more likely to have an epigenetic effect than if you experienced a large financial change as an adult.

Despite countless research studies, many scientists still remain skeptical of the role of epigenetics in biological makeup because the mechanism by which it works can be mysterious. It can also be difficult to measure and control in scientific studies.

Illustrating the effect of transgenerational epigenetic inheritance in the laboratory can be challenging because most studies track outcomes, which can be impacted by a number of factors, making cause and effect difficult to pin down. To explain such a phenomenon will require a profound inquiry in reproductive biology to determine how the cells that develop into sperm and eggs carry the relevant signals and information needed to carry on a person’s epigenetic legacy.

The study of epigenetics may help shape the future of the mental health field and could offer a deeper understanding of the environmental and hereditary links to conditions such as bipolar, schizophrenia, and autism. Further research into how epigenetic changes could be reversible may also offer hope of potential cures for these conditions as well as for other health issues, including Alzheimer’s, cancer, and diabetes.