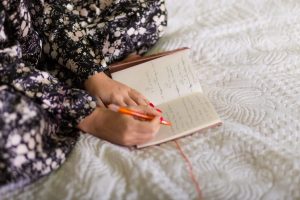 Death may be a less frightening and more positive experience than many people anticipate, according to a study published in the journal Psychological Science. The study compared how people thought they would feel when dying to how people truly felt. In a second study, researchers also looked at the final words of death row inmates. In both scenarios, people expressed significantly more positive emotions than expected.

Could Death Be a Positive Experience?

Many people live their lives in fear of death. Using two different trials, the study sought to compare people’s expectations of death to the lived experiences of those near death.

With the assistance of an algorithm, trained coders, and online participants, researchers analyzed the blog content for words associated with fear, happiness, love, and similar emotions. People who imagined they were dying wrote more negative blog posts than those who were dying. Moreover, those near death wrote posts that contained more positive words than negative ones. The closer they were to death, the more positive terms they used.

This association persisted even when researchers controlled for the length and number of blog posts. This suggests people near death may express—and perhaps feel—more positive emotions than expected.

Terminally ill people and inmates about to be killed both focused on topics such as religion and family. The study’s authors say this focus on things that offer meaning in life suggests people facing death may seek meaning as a source of comfort.