Elections Undermine Happiness, and Other News 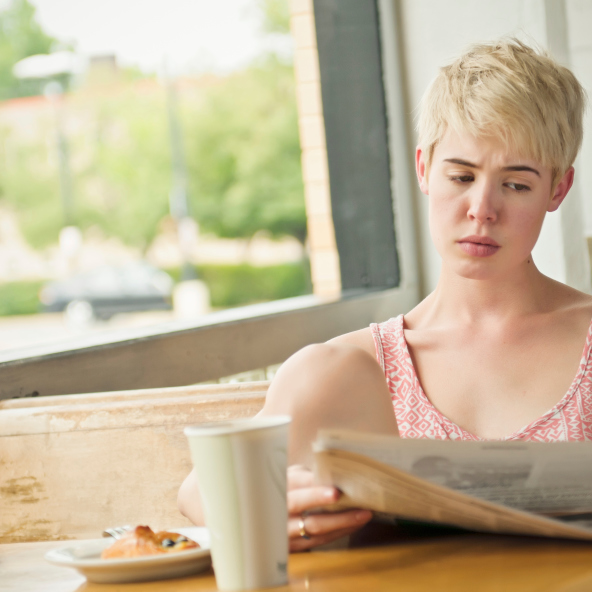 It seems obvious enough that Election Day is hard on the candidates who lose, but it may be almost as difficult for the people who voted for these candidates. A new study has found that seeing your candidate win an election does little to increase happiness, but a substantial loss increases negative feelings. Researchers relied on daily survey data to track happiness leading up to and immediately following the 2012 presidential election. They discovered that the increase in unhappiness following an election lasted about a week.

Researchers also compared happiness rates to those immediately following two national tragedies: the shooting in Newtown, Connecticut, and the Boston Marathon bombing. Though these events were treated as national tragedies in the media, their effects on people’s happiness were actually lower than that of the presidential election. After the tragedies, people reported about half the level of sadness they experienced when their chosen candidate lost the election.

Brittany Maynard, a 29-year-old woman facing a terminal cancer diagnosis, went public with her decision to end her life in October. She and her family moved to Oregon to make use of Oregon’s Death with Dignity law. Maynard ended her life on November 1st, surrounded by loved ones, using medication prescribed by her doctor. You can send your condolences to Brittany’s family, learn more about her life, and educate yourself about assisted suicide here.

In discussions about end-of-life care, doctors may neglect to discuss the issues most important to their patients. A study of more than 200 seriously ill people and 205 of their family members asked them to evaluate the relative importance of 11 end-of-life topics. Participants ranked care for life-threatening illness, values, illness prognosis, fears about the illness, and questions regarding care as the most important issues. Of the 11 important issues identified by researchers, though, doctors only discussed an average of 1.4 issues with their patients.

Brain aging plays a role in diseases such as Parkinson’s and Alzheimer’s, as well as rare childhood conditions that cause premature aging. A new study in mice who have genetic defects that lead to premature aging has found that a high-fat diet can slow down the aging process.

Want to Be a Leader? Cultivate a Healthy Look.

According to a survey of 148 adults, looking healthy may be more important than looking intelligent if you want to be selected as a leader. Researchers showed participants photos of one man, but in each photo, his face had been digitally altered. The first photo was adjusted to make the man appear more intelligent, while the second photo made him appear more healthy. Respondents claimed that the healthier-looking man would make a better CEO.

Comedian Jerry Seinfeld told the host of NBC’s Nightly News that he believes that, “on a very drawn-out scale,” he’s on the autism spectrum. The 60-year-old Seinfeld, who is known to support autism charities, cited difficulty with basic social engagement and with understanding “expressions.”

According to a new study of people who work unusual hours, 10 years of shift work can age the brain an additional six years. Shift workers are also at an increased risk of breast cancer, heart attacks, obesity, and strokes. The researchers who conducted the study also point out that many major disasters, such as the Exxon Valdez oil spill and Chernobyl meltdown, occurred under the watch of shift workers.

How Exercise Could Reduce Relapse During Meth Withdrawal

Battle Metaphors for Cancer Can Be Harmful

Popular culture frequently portrays the fight against cancer as a courageous battle. For people whose cancer is terminal, though, these metaphors may be harmful. According to research by Elena Semino, a linguist at Lancaster University, these metaphors set cancer up as a battle that must be fought and won, leading those who can’t fight that battle to experience feelings of guilt and failure.