8 Ways to Cope when Your Sex Drive Exceeds His 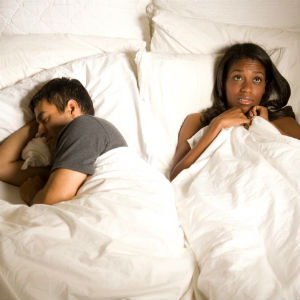 There is a prevailing belief in today’s culture that men are sexual carnivores and women aren’t often in the mood. Quite often, though, women have the higher desire in heterosexual relationships.

Men and women alike may feel embarrassed if the male has a lower libido than the female partner. Men may feel emasculated, and women may not feel beautiful or sexy.

It’s important for women to know that there are many reasons a man’s libido may wane. According to a study summarized in The Journal of Clinical Endocrinology and Metabolism, up to 12% of adult males experience low libido because of androgen deficiency, with age and the added medical conditions that come with it being risk factors.

If you find that you are initiating sex a lot with your male partner or are feeling like his libido has dropped, here are some tips to deal with the situation:

If the preceding tips don’t seem to help, consider seeking the help of a sex therapist to help address the root of the issue.