The Effects of Parental Involvement on Self-Confidence and Self-Esteem 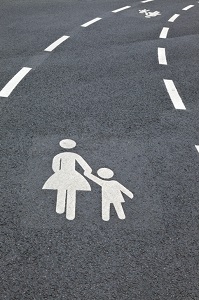 Very early in life, parents’ responsiveness to their babies affects the development of self-confidence and self-esteem. It takes little effort to summon a picture of a doting parent responding to a baby with loving noises, engaged chattering, focused attention, and cuddling. Baby smiles, parent smiles back. As the infant matures, parents continue to respond and mirror what the baby is doing. Parental mirroring through early childhood, adolescence, and young adulthood communicates acceptance, acknowledgement, and admiration. This contributes significantly to the development of self-esteem and self-confidence.

When parental involvement is limited, children typically receive scant mirroring or encouragement. They have no one reflecting back to them that they are worthwhile, admirable, or interesting. When parents are over-involved, their excessive control over how their children define themselves in the world provides few opportunities for the child to self-reflect and have his or her own positive thoughts and feelings. In both cases, the development of self-confidence and self-esteem are compromised.

At the age of 25, “Carol” came to therapy feeling depressed and anxious. She had little sense of what she wanted for herself in life and no belief that if she knew what she wanted, she had what it took to get it. She had been a sociology major in college and was now working as a salesperson in a women’s clothing boutique; she had a few girlfriends and dated very occasionally. Tearfully, Carol told me, “I am so unhappy. I look around and see other people my age having fun, loving their jobs, feeling good about themselves. I feel like such a nothing. I don’t have a clue about what I want to be when I grow up. I’m scared to death when I go on a date that the guy will find me stupid and boring. I feel so awkward and uncomfortable around people.”

I asked Carol about her family. “My parents were divorced when I was 8,” she said. “My father remarried a year later, and I lived with my mother. I saw my father and his wife every other weekend at first and then less and less. My mother never remarried, but she was married to her job. I didn’t see her much since she always seemed to be working. I had a lot of babysitters when I was young. I had no siblings and was by myself a lot. Maybe from middle school on, I didn’t have many friends, so I would just go home by myself and watch TV. I was an average student, but really, I guess I was apathetic. Sometimes I think I’m smart; I don’t know. I didn’t care much about anything.”

Sounding sad and angry, Carol continued: “As long as I went to school and got Bs and Cs, my mother didn’t say much. She never helped me with my homework. She never asked me about my life. She was cheery and not mean, but not very involved. My father became mostly a phone call. He paid for my college but was totally uninvolved. I talked to the guidance counselor and chose a bunch of colleges to apply to, but really, I didn’t care much. I was kind of scared to go away on my own, but I never told anyone. I got through college OK, but it wasn’t any different than life before. I had a couple of friends, but I didn’t get involved much. I don’t know what else to tell you. There really isn’t much of interest about me or my life.”

“Sally” was also an only child who, unlike Carol, had parents who doted on her. She was a high achiever in school, which earned her substantial praise and admiration from her parents. When Sally came to therapy at age 23, she, too, was depressed and anxious. When I asked Sally to describe her family, she told me, “I have a very close relationship with my parents. I love them so much and rely on them for everything. They are always there with their ideas and opinions and suggestions. It’s very confusing to me that I feel so miserable so much of the time. My parents are such cheerleaders for me; I don’t know why I don’t feel better about myself.”

Over the many months that Sally and I explored her negative feelings about herself and her lack of self-confidence, a pattern of relationship between Sally and her parents began to emerge. It was quite clear that Sally’s parents were very engaged with her life and always had been. Sally related, “When I was in elementary school, my parents would simply beam when I told them my grades or the compliments I got from teachers. They were very hands-on. When I wanted to take music lessons, my mother, a musician herself, discouraged me, saying that it wasn’t something I really excelled at, so why bother—it would only make me feel second rate. They had definite ideas about what I should do and guided me about everything. When I wanted to join the swim team, my father convinced me it wasn’t a good idea because I wasn’t a top-notch swimmer. I remember feeling a little badly, but I figured he knew best.”

Sounding proud of her parents’ involvement, Carol told me, “Both my parents helped me plan my college education. They chose the college, and we all agreed that I would go on to law school after graduation. Somewhere in college, I started to get depressed and I couldn’t think about law school. I would tell them I was feeling down, and they would say how that didn’t make sense, that I had so much going for me. I know they wanted what’s best for me. I really didn’t want to go to law school when I graduated, but they told me it was foolish, I would make a great lawyer. I didn’t think so, but it’s so confusing because I’m clueless about what I do want to do. I have no real idea of who I am. I am my parents’ daughter, but I guess I don’t feel like my own person.”

Both Carol and Sally experienced severe low self-esteem and lack of self-confidence. For Carol, the emotional absence of her parents from her life, and the minimal appreciation and recognition they offered, contributed significantly to her inability to develop a separate self with feelings of value and confidence. Without the experience of parents responding to a child’s spirit and achievements (whether taking first steps, laughing at their jokes, making a diorama, or going on a first date), children are deprived of the building blocks for self-confidence and self-esteem. To feel “I can do it,” or even more important, “You are proud, pleased, and delighted with me,” is a crucial experience that Carol never had.

A parent’s pleasure at a child’s achievements and with the person becomes a platform from which a child ventures out into the world with the knowledge that he or she will be OK. Sally’s parents seemed to convey a total belief in her ability to be successful in the world. Or did they? Sally’s experiences and choices in the world were overseen by her parents, who communicated they always knew what was right for her. Feeling protective, they tried to eliminate anything that might cause Sally frustration or feelings of being less than excellent. However, they never gave her the emotional space to make her own choices, to make mistakes, and to learn that she was resilient. The only way she knew how to assess and think about who she was and how she was doing in the world required reliance on her parents’ view of her. As Sally and I talked, it was clear that she couldn’t rely on herself or her peers in decision making, or even to feel good about herself. It was not surprising that Sally hadn’t developed the ability to think about herself as an individual separate from her parents or to know what she wanted to do with her life.

For both Carol and Sally, talking in therapy opened up new possibilities for thinking about self. Carol became aware of her anger toward her parents and realized that blaming them was keeping her from taking charge of herself in the world. After expressing much resentment and sadness about the experiences she missed out on since childhood, Carol started to push herself and risked trying new things. Even though it made her anxious, she went online and began dating. She decided to try and reconnect with people who were “almost” friends in college. She started to talk to me about taking some courses to explore some possible career paths. It was scary, and each step caused great anxiety. But each success added to her feelings of self-worth and self-confidence.

Sally started to recognize that she had been idealizing her parents and is slowly becoming more comfortable with seeing them as humans with frailties. This allows her to accept her own lack of perfection and tolerate the frustration of trying new things and not easily succeeding at them. She has been calling her parents less frequently and risking making decisions on her own. She has also been sharing more with friends, something she didn’t do in the past. She is clear she doesn’t want to go to law school and has been considering going back to school to become a teacher.

The self-esteem and self-confidence of both women were affected by the over- and under-involvement of their parents. While it helps that children know their parents are there to support them practically and emotionally, parents also need to be comfortable stepping back to allow their children to make decisions, struggle, fail, and succeed. This balance between providing support and giving children the freedom to discover their own individual desires, strengths, and weaknesses is the basis of how children develop self-confidence and self-esteem.