Effects of Antidepressants on Pregnancy, and Other News 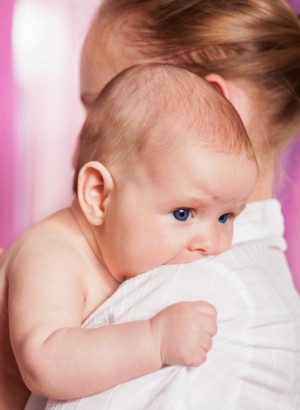 A new study published in the Journal of the American Academy of Child & Adolescent Psychiatry suggests the children of mothers who took selective serotonin reuptake inhibitors (SSRIs)—a common antidepressant—during pregnancy are more than four times as likely to be depressed by age 15.

Some evidence suggests depression itself is a risk factor for autism and other issues. It can also interfere with maternal bonding and undermine the health of the pregnancy.

As doctors continue to weigh the risks and benefits of antidepressant use during pregnancy, pregnant women may struggle to make healthy decisions for themselves and their babies. A Washington Post piece published this week chronicles this struggle in a woman who opted for antidepressants to cope with prenatal depression.

Last month, North Carolina enacted a bathroom law that many activists have called discriminatory. The law requires people to use the public restrooms that accord with their birth certificate, not their gender identity. As a result, transgender people who have begun their transition, those who do not have a gender identity, and people who visibly appear to be the sex with which they identity, may be forced to use a bathroom that feels unsafe to them. PayPal Holdings Inc. canceled its plans to invest $3.6 million into a global operations center in the state, citing concerns about the new law.

According to a new study presented at the Schizophrenia International Research Society, cognitive and physical exercises can reduce symptoms of the condition when these exercises are paired with antipsychotic drugs. People with schizophrenia who exercised regularly or who participated in regular cognitive training performed better on a test of cognitive skills.

Fourteen percent of veterans reported experiencing suicidal thoughts over a two-week period at least once during a two-year study published in the Journal of Affective Disorders. Just 35% of those who reported suicidal thoughts in 2013 had received mental health treatment.

Drugs used to treat addictions to nicotine and other substances might effectively treat sugar addiction, according to a study published in PLOS ONE. Like some other drugs, sugar can elevate dopamine levels. Some animal studies also suggest high sugar consumption is linked to neurological and psychological issues. According to the study’s authors, drugs already approved by the FDA, such as varenicline, might treat sugar addiction.

How to Recognize and Deal with Bullying at Work

Workplace bullying can lead to depression, anxiety, and posttraumatic stress, but it is still poorly understood. Bullying victims may face blame for their victimization, including the assumption that they are weak—even when research suggests intelligent, well-liked workers are often bullied. Bullying may include needless criticism, making it impossible to correctly do the job, gossip and rumors, belittling or sabotaging work, and other attempts to undermine confidence and performance. Bullying victims can seek help from mental health providers and may also find assistance from a human resources department. Documenting the bullying can also be helpful, particularly when bullying victims plan to file formal complaints.

Several social and institutional factors—including criminal justice responses, self-esteem issues, and fear—inhibit the ability of domestic violence survivors to leave their abusers. Domestic violence courts and other community-based measures could aid the 1 in 3 women and 1 in 4 men who face abusive relationships. Research suggests the criminal justice system’s response may be the biggest factor inhibiting the ability of victims to leave. Victim service centers may reduce some of these barriers by providing survivors with safe options as they pursue long-term solutions.