Early Bedtimes in Preschool Could Reduce Risk of Obesity 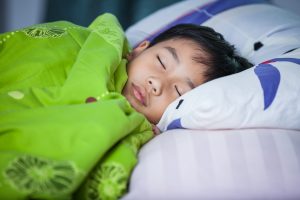 Preschool bedtimes before 8 p.m. could significantly reduce a child’s risk of adolescent obesity, according to a new study published in The Journal of Pediatrics. Previous research shows a connection between obesity and reduced sleep times, but this study is the first to establish a link between late bedtimes and obesity risk a decade after preschool. The National Sleep Foundation recommends preschoolers ages 3-5 should get 10-13 hours of sleep each day.

Studying the Health Effects of an Early Bedtime

The study gathered data on 977 children who participated in the Study of Early Child Care and Youth Development. The study followed children born at 10 different sites in 1991.

Between 1995 and 1996, when children were at an average age of 4.7 years, caregivers reported their children’s typical bedtime. About a quarter of participants were in bed by 8 p.m., half had bedtimes between 8 and 9 p.m., and a quarter went to bed after 9 p.m.

When participants were about 15 years old, researchers gathered data on their height and weight. Those with the earliest bedtimes had the lowest rate of obesity, at 10%. Children who went to bed between 8 and 9 p.m. had obesity rates of 16%, while children with bedtimes after 9 p.m. had the highest obesity rate of 23%.

How Does Sleep Affect Weight?

The study did not explore why or how bedtimes might affect adolescent weight. Its authors suggest earlier bedtimes may correlate with more sleep. Young children often rise early, so going to bed earlier may be the best way for them to get enough sleep.

A handful of recent studies have found sleep deprivation can lead to obesity. For example, a 2006 study of more than 60,000 healthy women who were not obese found that women who slept five hours or less per night had a 15% greater risk of obesity. People who slept for short periods of time also had a 30% higher risk of gaining 30 or more pounds over the 16 years of the study.