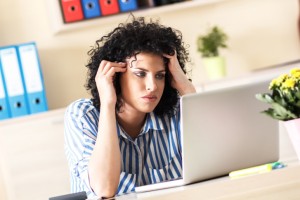 Many people have heard this common warning, which is frequently offered to those who engage in Internet discussions, and it may be wise to keep this advice in mind when spending time online.  The admonition suggests that we leave wild things in their place and disentangle ourselves from any puppy-like banter with them. While a puppy bites in play, a troll bites to eat you up. Authors Scott F. Aikin and Robert B. Talisse offer this fitting description of trolls:

“The trolls we are concerned with are those that dominate discussions with overblown objections and personal attacks, who seem immune to criticism, and who thereby derail Internet argument. A further feature of trolls of this kind is that they seem to thrive on the negative reactions they elicit. Responding to them and defending your view causes them to become even more unhinged. It seems that the best thing you can do is simply ignore them.”

As our sense of community continues to merge more deeply with our online communities, these nameless trolls factor more into our daily lives. Ignoring them may reduce their reactivity, but we are still forced to live in anticipation of the next attack. They limit our trust to engage honestly with one another. Constructive argument becomes threatened as we hunt for cover from potential savagery. Is there no refuge from the influence of trolls?

I suggest the answer lies in the mirror.

To understand the troll within ourselves, we need to bring it out where we can clearly see it and recognize its desperate modes of operation. It is patient, humbling work.

Online blog forums—much like this one where people are invited to respond to articles and to one another—are ideal environments to conduct such self-examination. Here, we see a wide variety of anonymous responses to topical issues that often touch raw nerves. Inevitably, we come across threads of comments competing to tell different sides of a similar story. “On the other hand,” meets “I beg to differ, but,” followed by an, “I’m sorry but in my humble opinion.” Suddenly, it seems, we are off to the races.

It’s a moderator’s job to keep these interactions somewhat civil and as constructive as possible. But as readers, I would suggest that we have an opportunity to learn from even the most heated and unhinged arguments. I recommend staying curious about the emotional energy driving those that make withering and hurtful comments. Does some part of their outrage cast light on our own tendency to polarize and distort those messages we don’t want to hear?

If you have been criticized unjustly or humiliated in some way, your body has two natural reactions:

One part of us focuses on the victimized part that needs increased protection; the other part identifies more with crafting the perfect comeback. Both parts might prompt different impulses, but they stem from a similarly intense and primitive instinct. Unless we are honest about our natural tendencies toward self-protection and revenge, they tend to work their trollish magic on us below the surface.

The uncomfortable fact is that we remain a predatory species. Our ancestors survived due to their ability to engage in personal and tribal warfare. Likewise, when we feel we have been emotionally harmed—online or otherwise—we have a primordial desire to see harm done to another.

Our next challenge is to gain some mastery over how we respond to our primitive instincts. As an experiment, try recalling in detail a humiliating experience with the intent to view it impartially. Try to summon the most incendiary As long as we remain ignorant of our inner troll and the sources our own inner aggressiveness, we will likely remain vulnerable to the external trolls running rampart in our digital and physical worlds. Try seeing the next online or real-world outburst you encounter as a reminder to look within. story from your past and think about it as if it were some TV show you stumbled upon while channel surfing. Try telling your story without embellishment and without making yourself the center of the story.

As your story unfolds, you will naturally find your narration skewed toward self-serving bias. You may find yourself uttering phrases similar to these:

These biases are so permanently embedded in how we tell stories about ourselves that it’s almost impossible to see them as biases. Only when challenged do we see how rigid we become in defending them.

Even if you are successful in not making yourself the hero of your story, can you keep from making yourself the anti-hero? Self-loving or self-hating, we are stuck as clever storytellers, forever featuring ourselves as the key player. This is part of being human. The more we try to remain neutral, the more we may bump up against the same impulses: unabashed self-righteousness or unabashed self-contempt. These are the favorite foods of your inner troll.

As long as we remain ignorant of our own inner troll and the sources our own inner aggressiveness, we will likely remain vulnerable to the external trolls running rampart in our digital and physical worlds. Try seeing the next online or real-world outburst you encounter as a reminder to look within. Recognize the troll’s contempt, hatred, and self-pity. Remember that similar impulse to draw blood and remind yourself to tread carefully in your own life. Don’t feed the trolls!