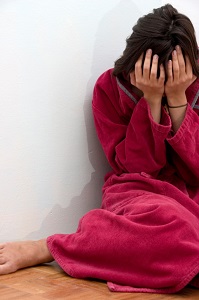 October is Domestic Violence Awareness Month. At this time, it is appropriate to remember that domestic violence (DV) can and does happen in the lesbian, gay, bisexual, and transgender (LGBT) community. In fact, DV occurs in same-sex couples with a frequency equal to that of heterosexual couples.

How do we define domestic violence? According to the National Coalition Against Domestic Violence: DV is a behavior used to establish power and control over another. It is associated with all marginalized groups, including women, children, the elderly, those with disabilities, people who identify as LGBTQ, people of color, religious minorities, and so on. Heterosexual males may also be victims of domestic violence as perpetrated by their female partners. DV occurs not only among intimate partners, but can also include grandparents, children, or anyone else living in the household. It occurs across all socioeconomic statuses, cultures, religions, physical abilities, and educational levels.

We associate DV with physical attacks on someone, but it can also include punching walls, intimidation, isolation from family and friends, criticism, manipulation, sexist comments, screaming, jealousy, withholding of finances, violence to pets, public humiliation, and much more. Many people blame the person who is experiencing the domestic violence, thinking that he or she could have just left the partner.

The truth is that, in general, people are most in danger when they attempt to leave. Perpetrators don’t like losing control, and they may go to great lengths to prove they still have power. Also, many people don’t have their own income, or are forced to leave their jobs because the ex knows where they work. The batterer may also know who their family and friends are and where they live, which is a further threat. Indeed, it is not easy to leave.

People in same-sex relationships may not even realize they are in an abusive relationship because they view DV as a heterosexual issue. Individuals in each role may experience a level of homophobia due to growing up in an anti-gay society. For this reason, people may easily succumb to the criticism and accusations of the partner who is being abusive, while that partner may have internalized some of the social bias against gay people. In addition, marginalized populations tend to be close-knit, and therefore it is hard to know which of your mutual friends it is safe to share with.

If you are not sure whether you are in an abusive relationship, read through this checklist and see how many apply to your situation:

This list is only a sampling, but if it sounds like your life, there is a good chance that you are in an abusive relationship. Here are some things you can do:

In extreme cases, if the partner who is committing DV finds out about any of the above, you could be in danger. In these cases, calls should be made from pay phones, the police station, or some other safe place. Records and diaries should not be kept anywhere in the home. Instead of using your own computer to get information, go to a library, a school, or other resource.