Does the Role Scripted for You in Childhood Need Rewriting? 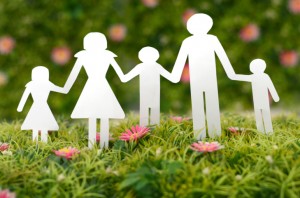 All the world may be a stage, but our families are the first theater for the development of roles that many of us play for a lifetime. For some, the parts we learn serve us well and provide the foundation for the growth of a sense of self that enables us to develop rewarding relationships and lead satisfying, successful lives. Others, however, are cast in roles that are scripted by the family’s rigid definition of who they wish us to be. Rigid roles limit options by governing the ways in which we come to think about ourselves and how we relate to the world.

When the family has strong dictates for a child’s behavior and the role requirements are inflexible, it can be difficult for the young child to assert themselves against the expectations attached to the fulfillment of the assigned role. If parents respond with feelings of disappointment, shaming, hurt, and/or anger to the child’s objections to the assignment, it can feel like rejection or emotional abandonment. The need for positive emotional responses from parents, combined with the likelihood that noncompliance brings negative consequences, influences (consciously and unconsciously) the child to accept the assigned role. The child then becomes limited not only by the one-dimensionality of role behaviors, but also by the inability to develop a full sense of self, and the potential of who the child can become is foreclosed.

Some typical rigid roles are:

Steve is stuck and angry. At the age of 45, he is recently divorced after a marriage of four years. He resents his ex-wife, who he describes as very demanding and unable to be satisfied: “I tried so hard to give her what she wanted. She didn’t want kids, which was OK with me. She didn’t want to work, so I supported us while she stayed home, took classes, saw friends. No matter how much I supported her financially and emotionally, she never seemed happy or pleased with me. I don’t get it. I gave her everything she asked for and she still left me.”

Steve rails against his elderly parents, who he feels obligated to care for. His older sister, who lives in a faraway state, plays no role in the life of their parents, who are in failing health and financial difficulty. Steve is resigned to having sole responsibility, and visits his parents—who live two hours from his home—at least several times a month, but is in a constant rage about his relationship to them:

“It’s always all on me,” he said. “From the time we were kids, my sister was the golden girl and I was the other one. If she wanted to buy something, go somewhere, she got it. I got so little. But they asked so much. I had to help with hours of chores. Worse, I had to sit endlessly and listen to my mother‘s upset with my aunt or my grandmother. I remember how I had to make her tea and calm her down. Meanwhile, my sister would be out with her friends or listening to music in her room. If my parents fought, each came to me to reconcile them. I was probably under 10 years old when that began! They were terrible parents. I try to be a wonderful son. I don’t know why they don’t think so. I don’t know what to do. I wish I could just let them fend for themselves. I don’t feel they love me; I don’t know what I get out of repeating and repeating being such a good little helper.”

I remarked, “It seems you’ve spent a good part of your life trying to keep people happy and provide for their needs. First you were your parents’ helper. Then, from what you’ve told me, you’ve had similar relationships with a number of people, especially your ex-wife. Do you have any thoughts about this?”

Steve didn’t have an immediate answer, and we spent many sessions exploring his role as the family helper. We focused on his conflict between strong wishes to be able to diminish his contact with his parents and his feelings of obligation to help:

“I can’t take it anymore!” he said. “I’m sick of making nice to my parents, of showing up every time they have a problem with the landlord or need help with insurance. But I feel so bad and guilty when I even think about being less helpful. They seem so pathetic, like children. I can’t say no to them or to myself.”

“Did they always seem like children to you?” I asked.

Steve looked puzzled as he replied, “I guess not. But when I think about my childhood, I didn’t get to be the child who got helped or listened to or appreciated. It was my job to provide that for them. So even if I never thought about them as children when I was growing up, if there was a child in our relationship, it didn’t feel like it was me. It felt bad. It made me feel like I couldn’t do anything right. I didn’t feel like they loved me, and I’m a little ashamed to admit I don’t know that I love them. I have sadness for their miserable lives, but I’m so angry and hurt that I always make everything positive for them and they do so little for me.”

In spite of Steve’s conflict about his connection to his parents, he was strongly bound to them. What, I wondered, was the glue that kept them so attached? As I thought about this, I raised the question with Steve. He gave a half laugh, teared up, and said: “I wish it was love. I don’t think it’s my love for them or theirs for me. It feels like there are other feelings that connect us like crazy glue. The seal can’t be broken.”

When assigned roles are rigid and the child has no room to diverge from the script, it becomes very difficult to forge an expanded sense of self that is constituted by a variety of roles that ultimately become integrated into a broad, multifaceted identity.

“What are some of the feelings that make up that crazy glue formula?” I asked.

“I think my parents feel entitled,” he said. “They have critical and judgmental feelings toward me. I think the biggest ones may be disappointment and resentment that I haven’t taken better care of them. I’m not sure, but maybe I keep trying to make their lives perfect so they’ll finally think I’m a good son. I don’t just feel sad and hurt. I have lots of rage, blame, and resentment. You know, I bet that’s what keeps me connected. Do you think I can’t change things because I don’t want to give up these feelings? Maybe if I give up the feelings, I won’t feel connected. I don’t know if it’s about my abandoning them or if I’m afraid of feeling abandoned. Lousy parents might be better than none. What do you think?”

I thought Steve might be right. He lived most of his life trying to be the good son, providing for his parents’ needs, trying to keep his parents calm and comfortable with their feelings. But no matter how much he tried to satisfy and perform the expectations attached to his role, he never achieved recognition or applause for his performance. I suspected, along with Steve, that he was continuing in adulthood to seek the approval and acknowledgement he never got as a child. When he didn’t get what he needed, his feelings felt justified and often intensified. This certainly felt like connection, albeit not the satisfying connection Steve wished for.

It made sense to me that Steve’s parents give him the feeling he doesn’t measure up and that this is a familiar experience for him. It was likely that as a child Steve was responded to with disappointment, disapproval, and emotional abandonment if he attempted to assert himself and expand what was allowable behavior in his role as a son. It seemed a reasonable hypothesis that Steve expected the connection to his parents would be at risk if he didn’t continue to fulfill his helper role with them. Unfortunately, Steve seemed destined to fail and have his anger and resentment validated. Moreover, even when he tried to fulfill their helper role requirements, his parents’ response didn’t provide him with the necessary appreciation to develop self-esteem, self-confidence, or a sense of himself as a valuable and good person in the world.

Limited role expectations and lack of recognition deprived Steve of the fundamental requirements for developing a positive sense of self. Because of this, I believed Steve needed help to learn how to create positive feelings about himself. He would have to emotionally learn that he had been a very good son and that his parents’ lack of recognition was their limitation, not his. Greater self-acceptance could allow him to be less rageful and ultimately let go of much of his anger. The better he felt about himself, the less anxious he would be that separating and individuating from his parents would lead to loss of connection.

When assigned roles are rigid and the child has no room to diverge from the script, it becomes very difficult to forge an expanded sense of self that is constituted by a variety of roles that ultimately become integrated into a broad, multifaceted identity. Steve will need to rewrite and expand his role repertoire and become the author of his own script. I believe if he can keep working on becoming less angry and resentful while developing a more positive sense of self, he will be able to be free to develop and expand the way he relates in all of his relationships.