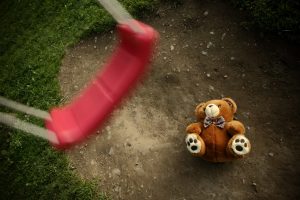 The United States is in the midst of an opioid epidemic, and some unsettling scenes have unfolded showing children caught in the middle of their parents’ addiction. In some cases, parents have been observed driving under the influence of opioids with their children in the car or arrested purchasing elicit opioids while in the company of their children.

New research examines the possibility that opioid use may blunt someone’s parenting instincts, potentially to an extent that could put a child at risk.

Researchers wanted to see if the natural inclination to care for and protect young children was still in place through an addiction to opioids. The brains of each of the 47 study participants were scanned before and after receiving treatment for opioid dependency. Researchers measured brain response to images of babies, and then compared them to the brain scans of 25 people who had not experienced an addiction to opioids.

Some of the images were manipulated to show babies with slightly enlarged eyes or rounder cheeks, which have been shown to further prompt protection instincts. Other images downplayed these features. Participants with dependence on opioids showed less brain response to the images, suggesting their natural parenting instincts may be impaired by the drug dependence.

However, their response levels returned to normal after opioid blocker naltrexone was administered. The study’s authors say this finding raises questions about the effect of opioids on other forms of social cognition and highlights the importance of treatment for opioid addiction.

How the Opioid Epidemic Affects Children

More than 130,000 babies are born in the U.S. each year with an addiction passed from their mother. The National Child Abuse and Neglect Data System analyzed statistics from 29 states and found, on average, nearly 18% of child fatalities were related to a caregiver at risk for drug abuse. An estimated 9 million U.S. children were living with at least one parent who was dependent on alcohol or illicit drugs in 2009, according to the Substance Abuse and Mental Health Services Administration. In the years since, the opioid epidemic has only continued to worsen, broadly impacting people of varying ages, races, and socioeconomic levels.

In an extensive review, news agency Reuters identified 110 cases since 2010 in which mothers used opioids during pregnancy only to later lose their children to preventable deaths.

By examining the effects opioid addiction can have on brain activity, this study is among the first to study how both dependence and treatment can affect various aspects of social cognition. The findings suggest the neurocircuitry in the brain responsible for parental feelings of attachment to children is also greatly impacted by opioid dependence.

Because addiction is increasingly being viewed as a medical problem that requires treatment in a medical setting, the researchers highlight the importance of empathy for parents experiencing addiction. Erasing the stigma of addiction could lead to more people seeking treatment.