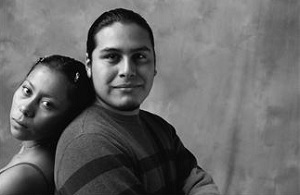 If opposites attract, why are famous people such as Angelina Jolie and Brad Pitt drawn together? Both are widely considered attractive, they’re wealthy, and they share similar careers and family aspirations. According to a recent article written by columnist Marc Wilson, it’s more likely that similarities draw people together than differences. Spouses tend to have similar values, similar views on family planning, and similar religious beliefs. They often have comparable educational backgrounds and academic records as well.

Wilson believes that people are attracted more to like-minded people than they are to those with opposing views. Wouldn’t you rather engage in a conversation with someone who affirms your attitudes and views than someone who argues with you on every point? Having discussions with someone who makes you feel good about yourself is much more satisfying. This is how most friendships are formed, through mutual interests and perspectives. “We tend to choose friendships, or at least pursue friendships, with people we like, and we also tend to like people who are like us,” Wilson says. And the basis of a strong and dynamic intimate relationship is friendship. But one other aspect cannot be ignored.

Physical attraction is one of the most important elements in the matchmaking process. Even if people swear that “looks don’t matter,” they do for most. One study randomly assigned single people to potential mates that they believed were chosen based on similarity of personal values, beliefs, and character traits. When the individuals met, they are interested in pursuing a second date only when they felt physically attracted to their matches. Wilson theorizes, as do most researchers, that pursuit of physical attraction is an evolutionary, even genetic, impetus. Men choose women based on looks in order to ensure healthy and attractive offspring. Women choose men based on appearance of strength, masculinity, and status. That does not mean that opposites can’t form a loving relationship. It just means that if you’re looking for that “perfect” person, you’d be wise to look for someone who is not only easy on the eyes, but easy on the ego, too.