Developmental Delays Alone Do Not Result in Child Murders 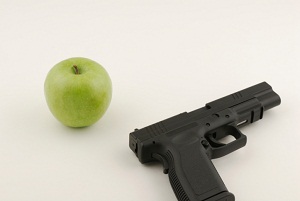 I am a mother of a special needs child. I am a mother of a “typical” child. And I am also a psychotherapist. Just like every other parent on the planet, I feel emotionally eviscerated in response to the tragedy that occurred in Newtown, Connecticut, on December 14. That afternoon, I could not wait to collect my children from school, to embrace my sons and husband, and just thank the heavens for our safety and cry together—all of us in acute shock and grief.

I think I cycled through three of Elisabeth Kübler-Ross’ four stages of grief (shock/disbelief, deep sadness, anger, and acceptance) multiple times within the first 48 hours. The remaining stage (acceptance) is a long way off. As with many parents in this country, this grief will continue to be a part of me. Meanwhile, we are faced with a multitude of issues ranging from gun control, mental health care coverage and screening, parenting practices, and a culture that celebrates guns and violence.

Of all the emotions that hit me in the stomach today, anger is sitting with me the most, and I feel compelled to discharge it in writing (followed by a power walk in the hills). I just read an article by a woman who is equating special needs with sociopathy. This is dangerous. Of all political discourses, I will not be silent on this issue.

It is extremely dangerous to assume that special needs children/adults with developmental delays are capable of doing the unthinkable and mowing down 20 innocent first-graders. True, Adam Lanza, the troubled 20-year-old responsible for last week’s massacre, was said to possibly have had autism spectrum (maybe Asperger’s or high-functioning autism); however, autism alone does not create an individual with premeditated violence. Some of the most loving, generous, caring people I have met struggle with autism and other developmental challenges.

At the crux of the issue is this: A person who plans to massacre other innocent people with premeditation may have one or more of the following: a psychotic episode (with hallucinations and delusions, untreated), a mood disorder (severe, and often with psychotic features, untreated), or a personality disorder (such as malignant narcissism and/or sociopathy/antisocial personality disorder). That individual certainly might have a co-occuring issue such as a developmental disability, but for heaven’s sakes, let’s not lump all special needs children together. Are we now going to look at every child who has attention-deficit hyperactivity as having the potential to kill peers? Mental illness is not the same as a developmental delay. Over-generalization is extremely dangerous.

We all want to know why this horrid tragedy occurred. But it is not because of a developmental disability. It might very well be from a combination of mood instability, possibly psychosis, and sociopathy (antisocial personality disorder). This I can say with confidence as a trained clinical mental health professional: People who murder people do not do so because of a developmental delay. They do so because of a chemical imbalance combined with personality disorder.

Please do not be quick to judge or draw conclusions about people who have developmental delays. We need to work together to reach solutions that contribute to educating the public, not breed further ignorance and blaming. As a country, we need to look at gun control and access to mental health care. We need to question parents who brag about gun collections and allow their children to accompany them to target practice. And we need to question our culture’s celebration of violence. I pray that this is a turning point in our country’s history—a turning point for progress.