Depression Does Not Have to Destroy Your Relationship 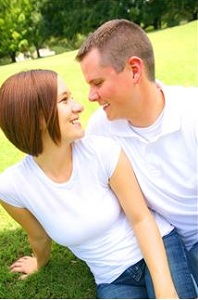 Depression can be life threatening. People who have depression and never get help for it may find themselves contemplating suicide or numbing with drugs or alcohol. All of these activities are dangerous and can ultimately lead to death. Depression can be fatal for individuals, but also for couples and families. Spouses of depressed people may not even realize their loved one is depressed. But learning the signs and what to do about them could save not only the relationship, but the life of your partner. In a recent article, Mary Jo Rapini, a licensed psychotherapist and author, explains what to look for and how to address the issue of depression in a marriage.

The most obvious way to determine if your partner is depressed is to ask. However, many times, depressed individuals don’t even know they are clinically depressed. Rapini suggests looking for changes in eating and sleeping patterns. Also, if your partner begins to isolate from others and loses interest in things that used to bring that person joy, he or she may be depressed. Changes in behavior, such as irritability or confusion, can also indicate depression. Another sign is lack of intimacy. When people become depressed, they have little interest in anything pleasurable, including sex.

If you believe your partner has depression, Rapini suggests looking into some treatment options. The two most common forms of treatment are therapy and medication. Even though therapy is usually something a depressed person will attend alone, couples therapy can be especially helpful if the depression has begun to affect the relationship. Rapini adds, “Couples who work as a team and seek treatment for depression as a team are much more successful with managing their loved one’s depression.” Even though it is important to address the issues that affect the sexual, intimate, and emotional levels of the marriage, the primary focus should be addressing the depression and the affect it is having on the individual. Rapini emphasizes the importance of dealing with depression sooner rather than later. Once it becomes manageable, then address the family and relationship issues.