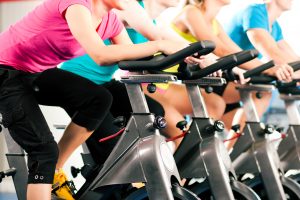 Does Exercise Improve Learning and Memory?

To test the effects of exercise on learning, researchers recruited 72 healthy volunteers. Each participant spent 40 minutes learning the location of 90 different objects on a screen, then underwent a test of performance right after the training.

To control for the role of time of day in the results, the researchers staggered the study so some participants began the routine at 9 a.m., and others began at noon.

Magnetic resonance imaging (MRI) brain scans revealed greater blood flow to the brain’s hippocampus in the group that participated in delayed exercise. The hippocampus is thought to play a significant role in memory and learning.

Although the study did not directly test why delayed exercise might improve performance, its authors suggest brain chemicals might play a role. Exercise increases production of dopamine, noradrenaline, and BDNF—a protein that promotes neuron growth. These chemicals can help the brain store and retrieve memories, but might not immediately help. Instead, the cascade of chemicals released by the brain during exercise might be most helpful sometime after learning, when the brain is consolidating memories.

Last year, another study suggested exercise could improve neuroplasticity. Other research suggests regular exercise could increase the size of the hippocampus. Some schools have even turned to exercise programs to help students learn more effectively. One recent study compared children who participated in normal lessons to those who engaged in physical activity alongside learning. After two years, the group that participated in physical activity had higher math and spelling scores.