The Cruelty Conundrum: When the People We Care About Hurt Us 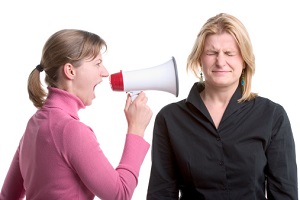 Why do people we care for sometimes engage in cruel behavior? What can we do about it?

Alfred Adler believed the ultimate goal for all human beings is to belong and feel connected to others. Unfortunately, when a person doesn’t find connection with others through kindness and good deeds, they become discouraged and feel inferior to others.

Adler said no one can tolerate these inferiority feelings, and so they over compensate by striving for superiority. One way to strive for superiority is to become a bully. Bullies who band together with other bullies in order to strengthen their sense of belonging are called gangs, terrorists, mafias, and racists.

Learning theory explains cruel behavior as being modeled. If a child is treated with emotional or physical abuse, the child learns to act that way: “monkey see, monkey do.” So a person, the child who has experienced being treated cruelly, learns to be cruel.

Still another reason for cruel behavior may be mental illness. There are some mental illnesses that manifest themselves with angry outbursts, violence, a lack of empathy, or difficulty understanding the impact of one’s behavior on others. There are also medical conditions, like brain injuries or Tourette’s syndrome, which can feature aggressive outbursts as a symptom.

There are a number of other theories that can explain cruelty, including genetic inheritance. Darwin thought behavior is related to survival, so violence could be seen as adaptive to our very survival—or violence may in the end be the reason humans ultimately fail to survive.

We can’t change another person’s actions, but we can change our own reactions. Here are some typical reactions to cruelty:

These are natural responses, but they never work to stop cruelty. In fact, any of the above reactions can make cruelty intensify. So what can we do to stop cruelty?

We can do as Rudolf Dreikurs said and “separate the deed from the doer.” A person who engages in cruelty engages in unacceptable behavior, but that does not mean the person is unacceptable. That does not mean we chastise, admonish, and punish the person. If we believe in Adler’s theory that all people have a thirst to belong, we can make an effort to accept the person while not accepting cruel behavior. We learn to be more inclusive and forgiving .

We have to feel good about ourselves when we hear cruel things. If we like ourselves enough, there’s no need to get defensive when nasty things are said. We can react as if it’s untrue nonsense that doesn’t deserve an ounce of our negative energy. If someone tells me my hair is pink, which it is not, I don’t have to argue. I may make a joke of it or say, “Thank you, pink is my favorite color!”

We have to take a stand against cruelty. No one deserves to be treated cruelly. It takes two people to fight and only one to stop it. Be the person to stop the nastiness. Refuse to fight. Say “I’m not going to fight with you,” and physically remove yourself.

Does knowing the source of the cruelty help stop the nastiness? I’m not sure. What I do know is that if we want cruel people to stop their behavior, we have to look within and change our own reactions to this heartlessness.