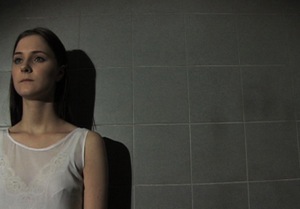 I recently ordered Deepak and Gotham Chopra’s book, The Seven Spiritual Laws of Superheroes on my iPad. I haven’t been this excited to read something since I read Carl Jung’s book The Archetypes many years ago.

Both books address the archetype of  “shadow.” Both Chopra and Jung describe shadow as a force of the unconscious that can be destructive, divisive, and self-sabotaging when it remains unconscious. Shadow is that part of the human condition, that most mortals attempt to ignore or deny in favor of a self-perception inflated or deflated by ego, neither of which can be sustained without some form of self-destruction. We see this in the lives of adult politicians, entertainers, and sports heroes who have been in the media lately for crimes of passion, adultery, and exploitation. The denial and repression of shadow has allowed ego to “act out” in blatant ways. Because shadow was repressed they thought they would never get caught or that they were somehow above the laws that govern the rest of us. Denial of shadow sets humans up to be destroyed.

In Chopra’s book, “shadow” is explored through the journey of the superhero. The superhero wrestles with the forces of good and evil. In doing so, the superhero recognizes that he or she has a shadow that possesses some of the very qualities that their enemies possess. The superhero embraces their shadow by getting in touch with it, bringing it to consciousness, developing compassion for themselves and thereby others, all in the mission of transforming dark, evil energies into creative, light energies of consciousness.

Jung explored the context of “shadow” through mythology and dreams. Mythological and dream characters, like superheroes are removed from mortal boundaries and expectations. They exist in landscapes where anything is possible. Joseph Campbell identified distinct steps of the Hero’s Journey that can provide a metaphor for our own life’s struggles. Metaphor can penetrate resistance and help us to gain insight into our experiences because the hero’s journey is one we can relate to and learn from.

Like many of us, the superhero often comes from a life of adversity. Chopra wrote that shadow can be found thriving in “abject conditions such as poverty, poor leadership, an ‘us versus them’ mentality, repression, deprivation, social injustice, torture, self-righteous morality, suppression of desire, fear, and conflict.” He goes on to explain, that the “shadow energy within us is destructive, divisive, and self-sabotaging.”

Chopra identified shadow as the “diabolical part of our soul.” How can we recognize our shadow? Shadow usually lurks behind our criticism of others. It is that nasty voice that identifies and picks at other people’s flaws. The funny thing is that the flaws that we see in others are often the same flaws that we ourselves possess. It is much harder to recognize this in ourselves but often easily recognizable in the folly of others. For example, have you ever heard someone who is very annoying because they never give anyone else a chance to talk, complain and go on and on about someone they encountered who does the very same thing? That is shadow, the super-villain, making an appearance.

Chopra says that we can see our shadow when we are in the light of consciousness. But first we have to recognize our shadow behavior before we can bring it into the light of consciousness. Once it is conscious we have power to choose to “act out”–meaning to continue destructive behavior that cuts off a vital source of creative energy–or to consciously stop “acting out” and transform the energy for a healthy, well-balanced existence. If we choose to do nothing, shadow will pounce when we least expect it and throw our lives into chaos and suffering.