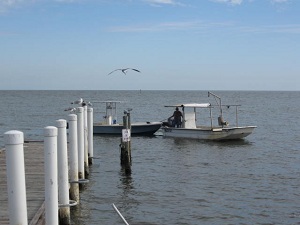 Resolutions are a popular topic at this time of the year, and with predictions that the year 2012 may be our last (if the ancient Mayan calendar is to be believed!), perhaps a greater number of us than usual are at least contemplating how best to make sure we go out on a positive, rather than sour, note.

How will 2012 be different for us? If we didn’t quite live up to our last year’s expectations, will we simply try harder, using the same tactics, in hopes that our goals will be met now? Or will we become innovators, thinking up more creative ways of working toward our vision? The former strategy has more than once been linked to a popular definition of insanity: “doing the same thing over and over and expecting different results.” It’s also a classic example of what the counseling profession has learned to recognize as First Order Change. First Order Change is the result of believing that if we just do more of what didn’t work for us in the past – whether in a relationship, at the workplace, or with problematic situations in our personal lives – we will somehow get better results this time. We often continue our attempts at First Order Change until long after we’ve been shown they don’t work. Happily, when that realization finally hits home, what sometimes occurs then is not that a person, situation or habit perceived as being the problem changes – it is you, the individual who are viewing the situation differently, who changes.

I often have thought of New Year’s Resolutions as prime examples of First Order Change. A recent social network post about someone’s reluctance to make any resolutions at all due to a feeling of certainty that at least one would be broken during the first week of the year, leaving the person feeling guilty and demoralized, made that connection clearer for me.  As I began to consider the essence of the term “resolution,” I began to see connotations not only of steadfastness, firmness and strength, but also connections to stern punishment and self-denial.

You’re doubtless familiar with typical resolutions: “I resolve to lose twenty pounds this year.” “I resolve to quit drinking (or smoking, gambling, watching mindless television, shopping excessively or what have you) for good.” “I resolve to spend 3 hours at the gym every week.” “I resolve to schedule my time weekly and stick to it!” Knowing how difficult these things often are, does anyone really want to do them? And, intuiting the answer to that question, how often will such resolutions show up on lists again next year?

Let’s take a look at your list and see how many items are repeats from previous years. If there are more than a few, could it be because these are things you really don’t want to do? If that’s true, what life changes are now forcing you to do them?

I submit that unless an ultimatum is staring you in the face – either from a significant other, your finances or your health – such that you really MUST carry out those resolutions this year – you still are not going to accomplish them, even if you beat yourself up more (or simply do a better job of guilt tripping yourself, a more passive form of beating). Most likely, you’ll develop some very creative ways of sabotaging your efforts.

First Order Change will not work here – but Second Order Change can. What if we re-label “resolutions” as “aspirations”? What happens then?

The word “aspiring” is defined in various sources as “breathing in”, “desiring”, or “giving life to.” I especially like the latter, for “giving life to” is the essence of creativity.  We must breathe life into and desire what we say we want, need to, or must do in order for it to get done.

How can we “breathe life” into our New Year’s Resolutions if we really have no desire to carry them out? The answer is willingness, for willingness implies potential for some thing, event or state of mind to be willed into being. Note that it is not “will power” that’s being discussed here. Will power is what keeps us from doing things we want to do even though we know they’re bad for us. Will , on the other hand, is a creative rather than restrictive force. Will power says “No, you can’t!” whereas Will says “Yes, I can!”

What if you’re not really willing? Can you at least become willing to develop willingness? Can you be patient with yourself while you’re in the process of developing that willingness – still regularly doing something toward meeting your goals? After all, we all know that creative efforts very rarely come to fruition in an instant:  they are labors of love that must be nurtured as they develop. The same is true of significant life changes. We put forth the effort little by little, have faith that sooner or later what we envision will come together, and wait. Eventually, we see results – if we’ve gone through the process mindfully rather than with that dogged, grim determination that so often characterizes decisions fueled by will power alone.

Let’s return to your list of New Year’s Resolutions and spend a few minutes reconsidering and re-categorizing: “doing a re-frame”, as we often say in the counseling business.  Some will truly be “wants” and these will be easier to accomplish with a little discipline because they are truly aspirations.  (Yes, some work is required to get done even the things we love to do!) Some will be “should,” and some, “musts.” Aspire to become willing to carry these out, have patience, nurture that aspiration, be grateful when true willingness appears, and work steadily, a little bit at a time. Later, thank yourself and the universe as your aspirations become realities.