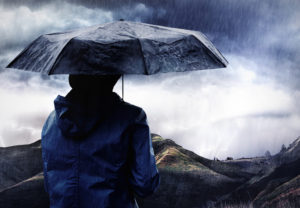 The photos people post on social media can warn of depression, according to a study published in the journal EPJ Data Science. The study found a computer screening model that looked at Instagram photos was more effective at detecting signs of depression than general practice physicians.

The study recruited 166 volunteers from Amazon’s Mechanical Turk. Participants provided access to their Instagram profiles, as well as details on their mental health history. About half of participants said they had experienced depression at some point during the previous three years.

Next, researchers analyzed 43,950 photos from the participants’ Instagram feeds. Drawing upon previous research about color, brightness, and shading, they concluded that people with depression generally posted darker, bluer, and grayer images. People without depression were more likely to post bright images and to use Instagram filters that offer warmer, brighter tones. People with depression were more likely to select black-and-white filters.

A computer model that sought clues to depression in Instagram photos was able to detect depression in 70% of participants. This compares to an in-person success rate of just 42% among general practitioners. This disparity in diagnostic success persisted even when researchers controlled the data to use only images posted before a user’s diagnosis of depression. This finding points to a method that could detect signs of depression before it is officially diagnosed.

In a second portion of the study, researchers asked volunteers to look for signs of depression based on Instagram photos. They were able to do so, but with less success than the computer algorithm.

Given that data show more than half of doctors’ depression diagnoses are inaccurate—because they often fail to detect depression—the study’s authors say their model could supplement and potentially improve existing diagnostic standards.

Research on Social Media and Depression

A 2017 report found Instagram may be the most damaging social media site for users’ mental health. The report found a link between Instagram use and increased rates of bullying, anxiety, depression, and fear of missing out.