Could a Hole in Privacy Laws Harm College Students? 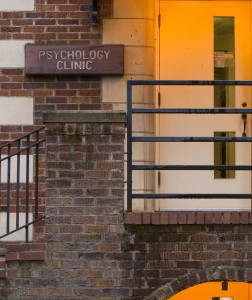 With nearly half of college students experiencing anxiety and more than a third experiencing depression, college counseling centers are more important than ever. But a hole in medical and educational privacy laws could undermine the confidentiality of students’ counseling sessions. In a move that led to an outraged letter by two counseling center therapists, the University of Oregon obtained records from a rape victim’s counseling sessions. The University used the records to defend a lawsuit the student filed alleging that the school mishandled her rape case.

The student in question says she was raped by three basketball players. In court filings, the school argued it was the rightful owner of the student’s medical records. Though the school found the players responsible and kicked them off the team and out of school, at least one player had also been suspended from a previous team due to sexual assault allegations. When the victim sued the school for failing to protect her, the school sought her medical records to undermine her claims of emotional distress.

When you go to a doctor or therapist, you expect that your information will be kept confidential, thanks to privacy laws such as HIPAA. But HIPAA, the nation’s primary medical privacy law, doesn’t always provide protection against a student’s records being disclosed within the school itself.

Instead, the Family Educational Rights and Privacy Act (FERPA) governs what schools can and cannot disclose. Under current interpretations of the law, schools are allowed to access a student’s school medical records if they are relevant to a legal defense. A student who works with the University of Oregon’s anti-sexual assault organization told NPR that the move had shaken student’s confidence in the school’s mental health system. Two therapists at the school’s counseling center called the school’s actions unprofessional and harmful to students.

How Disclosures Affect Those Seeking Therapy

The privacy of therapy sessions is, for many therapy clients, the only thing that allows them to feel safe disclosing their most intimate thoughts. Many rape victims deal with guilt and shame, compounded by the fact that 97% of rapists are never punished for their crimes, according to a Rape, Abuse, and Incest National Network (RAINN) analysis. The University of Oregon’s actions, said GoodTherapy.org Topic Expert Lisa Danylchuk, LMFT, further compound these issues. “The university requesting these records reinforces the assumption that rape victims bear some responsibility for the unlawful actions of rapists,” Danylchuk said.

Anastasia Pollock, LCMHC, a GoodTherapy.org Topic Expert in posttraumatic stress and trauma, worries that the school’s move could make therapy itself feel traumatic. “Trauma symptoms can worsen. New symptoms may emerge, and the person may be wary of seeking additional help, especially in the case where a client’s therapy records are accessed without their consent. The trust between client and therapist is violated and this mistrust can be generalized to all therapists. The therapy room can become a place associated with additional trauma and future therapy will likely be difficult for the client. This is very sad because the victim may not get the help they so desperately need and will likely continue to suffer with worsened trauma symptoms.”

Rape survivors often seek a renewed sense of control over their lives, but when confidentiality is violated, the survivor loses control over private information, as well as how that information is presented. Laura Reagan, LCSW-C, a GoodTherapy.org posttraumatic stress and trauma Topic Expert, said that such disclosures can be traumatic in their own right. “Survivors of sexual assault whose confidential health information is used as evidence in civil and criminal cases often experience this as another violation similar to the victimization they felt when the assault occurred. It is important for survivors to regain their sense of power and control after a sexual assault, and losing control of their personal information can exacerbate feelings of powerlessness, triggering trauma symptoms.”

Though FERPA may affect student confidentiality, a number of privacy laws and ethical norms demand that therapists keep information confidential. If you’re struggling with the aftermath of a rape or sexual assault, GoodTherapy.org can help you find a therapist who will protect your privacy.