Coping with Fear of Cancer Recurrence 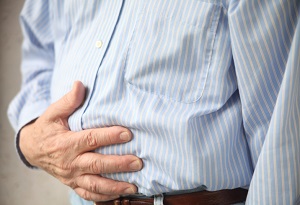 “We are all a little stronger than we think.” —Robin Roberts

“Harold,” 56, was diagnosed with colon cancer four years ago. Since finishing treatment, he has felt well and had no signs or symptoms to indicate his cancer has returned. None of his follow-up labs or scans have shown evidence of a recurrence. However, Harold is haunted every day by the thought that his cancer could come back. Sometimes at work he finds himself thinking about it, and again at night before he falls asleep. He wishes he could make the thoughts go away, but he has no idea how to do that.

Is all fear bad? No. Some degree of fear of recurrence (FOR) helps people take care of themselves and maintain their follow-up care. However, too much FOR has many negative consequences.

Moderate to high levels of FOR are related to less adaptive coping styles and to a belief that you are not skilled at solving your problems. Thus, it results in less problem-solving ability. People with high levels of FOR tend to be passive and feel hopeless or pessimistic. They may become isolated and reject help when it is offered. FOR correlates more with issues such as family distress, uncertainty about the future, and negative events than it does with issues related specifically to the cancer, such as time since diagnosis or type of cancer. FOR is associated with a poorer quality of life and sense of well-being. Optimism, good social support, and positive self-esteem are associated with lower levels of FOR.

For most people, FOR waxes and wanes. It may be triggered by a number of things, including doctor appointments, scans, anniversaries of dates of diagnosis, surgeries, end of active treatment, etc. You may find yourself feeling a sense of dread and not knowing why prior to these events. Often, the anticipation is worse than the day itself. Other things that can trigger FOR include things that involve your senses: seeing a TV show that has someone with cancer in it; the smell of rubbing alcohol; the sound of a phone alarm which used to remind you to take your meds; the taste of the foods that were the only things you could tolerate while on chemotherapy.

A FOR may also be triggered when someone else is diagnosed, has a recurrence, or dies. It is normal to have mixed feelings in these situations as well—sadness for the person it happened to, relief that it didn’t happen to you, and guilt for feeling relieved, for example. Whatever your feelings are, the important thing is that you don’t ignore them or try to talk yourself out of them. People think that ignoring or stuffing their feelings makes them go away. While that works temporarily, it is just that—temporary. What happens is that the feelings re-emerge bigger and more difficult to manage later and may not immediately be recognizable. They may present as a physical illness, depression, anxiety, or a vague sense that something is wrong. There are no wrong feelings—only wrong ways of dealing with them.

What can you do to help decrease FOR to a reasonable level?

Suppose you start to have pain somewhere. Naturally, your first thought is that your cancer has recurred. At this point, rather than immediately going into a full-blown panic, you have a choice. Ask yourself, “Is there another potential cause for this?” It may be that you were out working in the garden, lifted something, tried a new exercise, etc. Most of the time new symptoms are not due to a recurrence of cancer. If symptoms persist for two weeks or are severe, seek medical care.

The next question to ask is, “What is the worst thing that could happen?” Again, many people get stuck here because they assume their cancer has recurred.  Most of the time, the worst is not going to happen. But if it did, the next question is, “Could you handle it?” While no one would want a recurrence, the fact is that most people could handle it if they had to.

In closing, most cancer survivors deal with some level of FOR off and on for years, if not their lifetimes. If you find that it is getting in the way of your day-to-day life and keeping you from functioning, talk to your doctor and consider seeking psychotherapy. Most cancer treatment facilities have a referral list of potential therapists.

Please let me know if there are any topics you would like me to address in future posts.